There are a few additions in VR this year that you simply cannot ignore. These announcements include new games or new devices that will get any VR enthusiast excited. There are a few new releases that a VR enthusiast simply cannot ignore and if you are one then you have landed on the right page. Here are the 5 huge VR announcements for the year 2017-

The new Samsung Galaxy phone is definitely something that was worth waiting in 2017. The Samsung phone has been revamped and when it comes to using it with the Gear VR with remote, I really cannot wait. After the previous disastrous launch of the Note 7, I just hope that the Samsung Galaxy S8 has much better features and importantly survives without exploding, LOL.

Apart from the jokes and memes, I think the Galaxy Series has performed really well previously and it would be a little much to think that it would perform similarly to the phone in the previous launch. The specifications look amazing, it looks like a phone that could compete against the Pixel and might win as well if it manages not to explode due to the competition pressure(ok, now I’m really going to stop with the explosion jokes).

The VR experiences in the new Samsung Galaxy S8 are going to be more immersive because of the enhanced display quality and the advanced processor. There is a lot of better VR experiences that one could expect from these phones and I’m pretty sure they would widen the VR audience once the phone launches successfully. 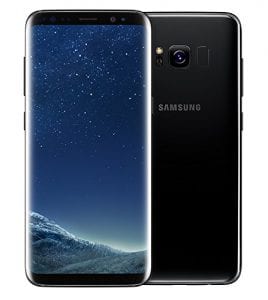 The brand new Samsung Gear VR along with the Gear VR controller hit the shelves on 21 April 2017 which is pretty amazing for all the Gear VR owners and VR enthusiasts. The new controller release comes with the inclusion of 20 new games and the developers have promised that there are 50 more new games under development and would release soon.

With every phone release the Gear VR has been revamped and this time it is the software and the new controller which would make all your VR gaming experiences immersive. The new Gear VR along with the controller retails for about $130 and only the controller would cost you $40.

You just have to admit that all of us have been waiting for this game to release in VR! Fallout 4 has been one among my favorite games and being able to play it in VR is extremely exciting. Since there is a lot of movements involved in the game, developers are thinking of using teleportation to move around.

However, when games use teleportation, it makes the gaming experience not so fun. The movements and interactions with the objects around us in the game make the gameplay more immersive but with the teleportation involved, I highly doubt how immersive the experience would be.

There are a lot of expectations from Fallout 4 in VR and I hope that the developers have thought this through before releasing the final version. This game is definitely one of the most awaited games of the year and it is releasing exclusively on the Vive.

The release date of the game has not been confirmed but it mostly is somewhere around the month of July or later. There is a lot of work that needs to be done on the game and it should be one of the most exciting releases that we have for the year.

This year is going to see the release of yet another VR headset from Microsoft. This mixed reality VR headset will be releasing this year(or possibly the next) and since the date is not yet finalized, we still can get excited for the new addition to the three PC VR headsets that we already have with us.

The VR headset is to be made by Acer and is made with the intention of providing people VR experience at much lower prices. It has been announced that Microsoft would even introduce the mixed reality concept to its console Xbox and its next-gen console would also be releasing at around the same time which is by the end of this year.

This is another new VR headset that would be soon coming to the market and it is interesting that companies are trying to invest in the VR market as much as possible. This really makes 2017 an exciting year for VR and something where all the VR enthusiasts have a lot to catch up with.

The headset would be using inside-out sensors and the detailed information on this project is still unknown. There would be other parties involved in the making of the headset as well so only time will tell more about this VR headset but it is sure as hell interesting and I hope that it does have an as good impact on the VR market as the three major players have.