If your Oculus Rift has been collecting dust then it is time to bring the bad boy out because we have with you the list of 5 Most Awaited games on Oculus Rift for 2017. These games look interesting and without any further ado let’s get started with the list.

This game comes from the 4A Game developers who are known for the Metro series. Arktika.1 is a game where you can see the post-apocalypse situation. Everything in the game seems to be frozen and there are no more nations because of the huge changes and migrations that took place after an apocalypse. In the game, you play the role of the protagonist who is dedicated to protecting a colony which is responsible for providing resources to the people who live in the cities.

In the game, you play the role of the protagonist who is dedicated to protecting a colony which is responsible for providing resources to the people who live in the cities.

The game seems like a futuristic first person shooting game and since I love FPS games, this one had to be on the top of the list(sorry for being biased). The game indeed looks amazing from the trailers, especially the crazy detailing and the realistic graphics.

This game is worth the wait and has to be one of the best releases for the Oculus Rift and the Oculus Touch. The game is designed keeping the Oculus Touch controller in mind which would definitely make the gaming experience immersive. This futuristic game is going to release later this year and the release date is not yet decided.

Wilson’s heart is a horror game which would definitely give you the resident evil vibes. This is a first person game where you play the role of the protagonist whose name is Robert Wilson and you wake up abandoned in a hospital realizing that your heat has been replaced with a device.

You later come across people and search for clues in order to understand what exactly happened and how you got into the hospital. The game is all about a little bit of puzzle solving mixed with way too much exploration, looking behind each door and collecting items that might help you to progress in the game.

Lone Echo is a game where you would be wandering in outer space and you get to actually interact with all the objects in space. The entire game has incorporated a pretty amazing implementation of the touch controller since you use them in order to grab onto things and move around the space.

Through this game, you can completely explore zero gravity and have a really fun time using the rift and the touch controllers. You are inside a spaceship initially when the narrative begins and you move across space and explore everything in the zero gravity environment.

The badass top notch detailing that has been done on the game simply makes the entire gameplay immersive. It is going to be one of the major releases of the year 2017 and hopefully, it would be as good as it looks from its trailers. The game releases later this year and the date has not yet been finalized.

Landfall is a multiplayer game where you play the role of a soldier who tries to win battles against the enemy team. Does feel similar to the other shooting multiplayer games on the Rift but here you are going to view your soldiers on the battlefield and are going to be able to control them and their attacks.

When you put on the headset the entire game would seem like you are god and trying to control all the tiny miniature soldiers. Although getting used to the controls in order to play the game might take some time but it is still an interesting game and once you get hang of the controls, it can be pretty addictive.

This game can draw the attention of a lot of multiplayer communities and it seems to be one of the best multiplayer releases for the year. However, there is always a small chance of the game to suck but since this game looks pretty interesting so you should go ahead and check out the trailer. Check out the game in the Rift Store.

This game is a First person shooting game and to be honest, I think I love this more than the other games in the list. The game looks amazing with the crazy detailing and such realistic graphics. I really cannot wait to get my hands on this game and it reminds me of Call of Duty.

The game starts on a nice note when you are drinking a cup of tea only suddenly there is chaos all over the place and you need to start shooting in order to kill the shooters. The game would involve a lot of destruction as in the first few minutes itself you have broken down the restaurant wall and are into a gun fest.

The overall game might be filled with guns and fighting the bad boys like a typical FPS game but this time in VR. This game is going to be great with Oculus Touch and is one of the most awaited games on the Oculus Rift for 2017. Apparently, the game would be released in episodes and the first one is soon going to be out this year. 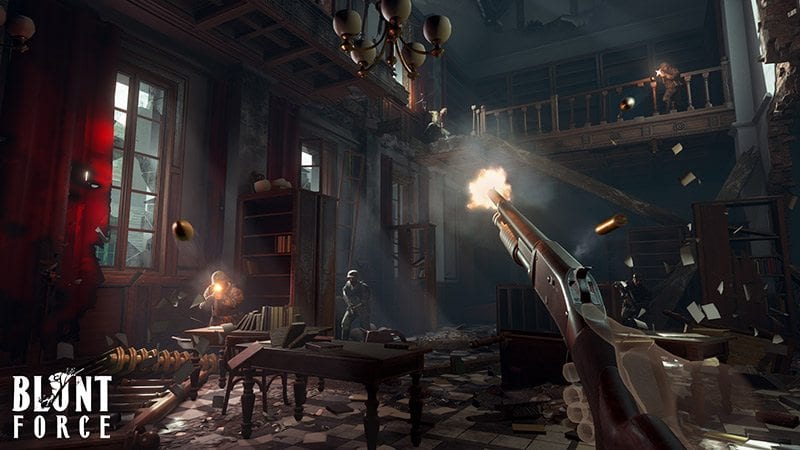 If you have any games you think fit the list better then mention them in the comment section below. I would love to know what you think and which games would you love to play first soon after the release.

Do not forget to share this post on social media with a friend whose Oculus Rift has been eating dust, LOL!