Eve: Valkyrie is one of the games which debuted to VR directly. Developed by CCP, this is a multiplayer shooting game which was first introduced to Oculus Rift and now the developers have enabled cross playing between the three VR headsets which are the Oculus Rift, HTC Vive, and PlayStation VR.

This is a first person game where you are a pilot killing your enemies while you are in a spaceship. It may sound like the plain old boring shooting game but trust me it gets a lot better in VR. The plot may not be something major or engaging but the way the gameplay has been designed in VR is impressive. The fact that you need to move your head and target the enemy spaceship makes the gameplay experience very immersive. 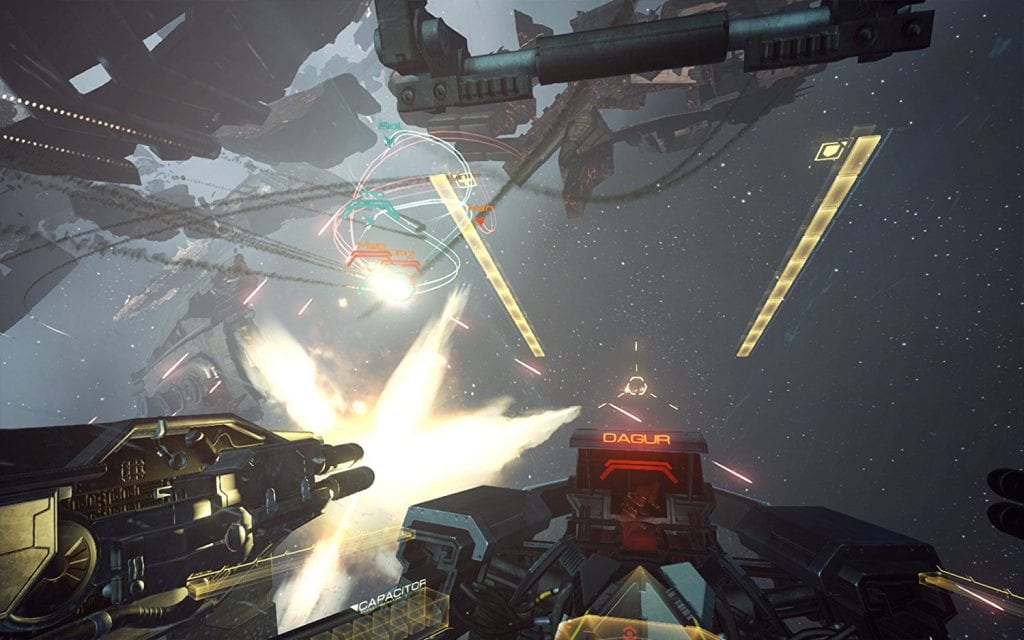 The game has single player and multiplayer modes and some of the best moments are when you play it in the multiplayer mode. You form teams of 8 and start out the battle in order to take down the enemy. The entire scene of dogfighting is really exhilarating and I usually play this game when I have had a long day and want a way to get rid of the stress.

With all the team forming, fighting, dodging and the motive to defeat the enemy, this game is one of the most exhilarating experiences on the PlayStation VR. This multiplayer game is all about the team forming and how you get together to eliminate the enemy ships one by one with your plots. It involves really good team effort and playing alone will really be the most boring thing ever. Getting stuck alone without anyone having your back will get you killed instantly.

The controls are pretty impressive especially when you control the cannon with the DS4 and the missiles with your head movements. This makes you constantly look around in space and it is something which is exclusive to this particular game. The single player games also called as ‘chronicles’ are fun to play until you realize that the real game is when you start playing the multiplayer mode.

The game is great, although I must admit that it is exhausting and requires a hell lot of time. You might end up sweating after you have played for quite some time and this game can go for a really long time. It is fun in the beginning but later on it becomes your life when you start progressing in the game and leveling up. From that, it is easy to conclude that it is pretty addictive!

If you really are a fan of such games then this is the perfect VR game for you. The never ending challenges and the grueling space battles are fun. I prefer games which are more laid back and are not time-consuming. But if it was for the graphics and the detailing then the game is worth playing although you may want to keep an eye on getting addicted to it. 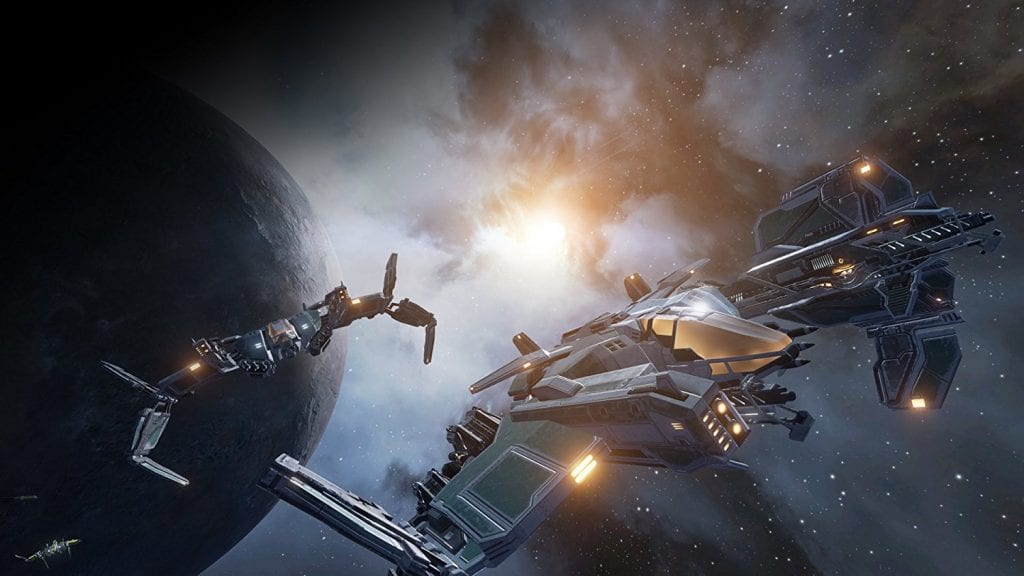 This game is one of the best immersive gameplay in VR and something which you just cannot miss. The continuous shooting and dogfighting get really engaging and interesting as the game progresses and you unlock different ships and levels.

The multiplayer section of the game is the real fun and playing it is really interesting and can be time-consuming. A great game that you could play on a nice laid back day and the detailing done for the VR headset is gorgeous.

With all that being said, this game can be crossed played between the three VR headsets which are the Oculus Rift, Vive, and the PlayStation VR. So, there is a lot to look forward to with this game and you can easily team up with players using other headsets.

As you level up the game just gets heated up and the grueling matches are way too addictive. That being said, I would any day buy this game as it is worth the money. So try getting your copy soon and let me know how you liked the game in the comment section .