This first project of Impulse Gear which was exclusively made for the PSVR. It is a sci-fi FPS game where the protagonist has crashed into an alien planet and tries to survive and look around for more clues which would help in his escape. This game has some great graphics which is totally worth it when experienced with the  PlayStation VR.

The game trailer was released at the E3 event, 2016 and it received a lot interesting positive reactions.The game is more like a “gun fest” and is really interesting when you look at the sunkissed space and the giant rocks surrounding you. You would be met with batches of creepy and sometimes disgusting looking creatures which need to be shot in order to survive on the hostile planet. 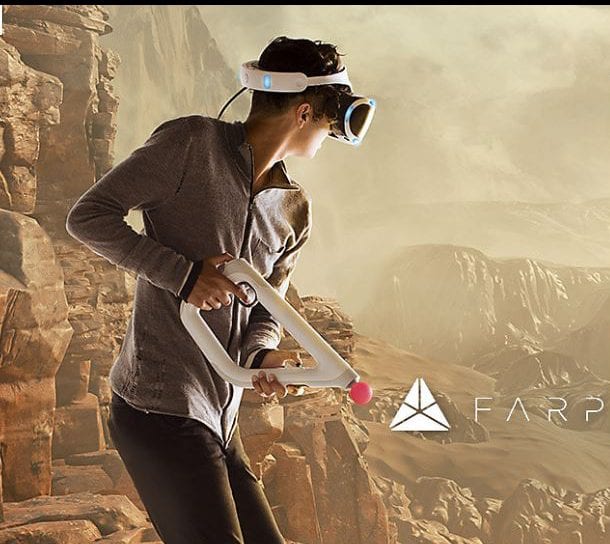 Moving on to the controllers involved in the game, it uses the new Aim Controller which is shaped like a gun and has all the controls similar to the DualShock 4 enabling the gamer to have a much more realistic gaming experience.

The Aim controllers give the feel of using the rifle while playing this game and it is really comfortable to use making it perfect for this FPS sci-fi game. Aim Controller is almost like the Move controllers(which is mostly not compatible with this game), the movements are tracked and they are independent of your head movements.

Being in this games involves a lot of shooting at giant spiders and species spitting acid from their pouches, at least from was seen at the E3. Speaking of motion sickness, there were not many people complaining about it, so I think the coast is clear when it comes to inducing motion sickness. All the attention here was focused on the controllers that are compatible with the game and many of the people were disappointed by it being limited to the Aim Controller and the DS4.

The controls on this controller are very similar to the DS4 controls which include two analog sticks, four face buttons, two bumpers, two triggers, a directional pad and a button which maps to the DualShock’s touchpad button.

What about the PlayStation Move Sharp Shooter?

Sadly, this game will mostly be compatible with the DualShock 4 and the Aim controller, which looks very compelling to use but looking at all the expenses which include buying the VR headset along with the PlayStation camera and what not, I think I would wait for a while before buying the Aim controller and would want to use it with a DS4.

Sony claims that the Aim Controller is far better than the 2010 release which was the Sharpshooter as it is more precise and avoids any kind of lag or delay in the game making the experience more immersive.The involvement of your hands in this game is the element that makes this game way more immersive. Being on the rocky terrain and looking around and sometimes even at the shallow depths can make this game more immersive than ever.

The game has been developed to give the real feel of gaming in the VR world and this is by far the most immersive games that have been included in the 50 games that are to be released with the PlaStation VR .Even though this game does add up the expense of buying the Aim Controllers, I think it would be a  fun experience to actually feel like holding a rifle and going on another planet for a fun adventure.

This was the FarPoint gaming experience from E3 for you guys, in case you have any other experiences to share, leave them in the comment section below  🙂
Check out the PlayStation VR which is releasing on October 13, 2016.