Resident Evil is a Capcom developed game which was released in the year 1996 to be played on the PlayStation console. It is a relatively old franchise and since the release year, it has several other titles released and has finally landed with Resident Evil -Biohazard, in the year 2016.

The Resident Evil- Biohazard is the eleventh game in the Resident Evil series and was released by the Capcom developers to be played on Xbox One, PS 4 along with the full support of PlayStation VR.The gameplay teaser was launched at the E3 event in 2016 so that people could have a look at the game in the VR world.

The game revolves around the protagonist named Ethan who is in search of his missing wife and lands up in a plantation mansion which is both creepy and scary. It is a survival horror game which will be played from a first person perspective.The E3 event trailer had nothing but a little tour of the mansion which was scary enough to give us a hint of how interesting the game is going to be. 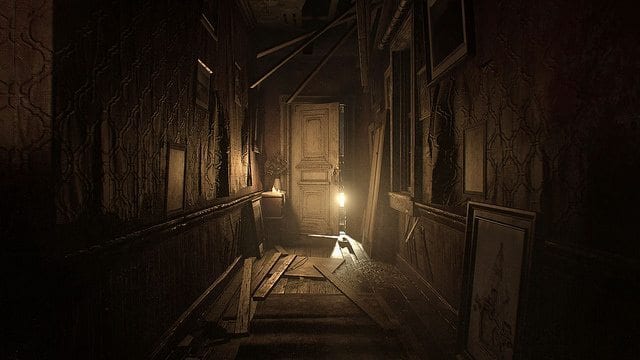 When it comes to VR, the game was a little nauseating to many people who saw the demo, though it mostly involved taking a tour of a creepy house and just trying to escape. It was reported by many reviewers that most of the people they saw at the Resident Evil booth had to stop after a while due to the induced motion sickness by the game.

The developers did take this feedback and worked on it, so apparently now the little tweaks introduced have reduced the motion sickness to a large extent but has not yet eradicated it completely. The makers have promised to make a few more changes before the release to correct the motion sickness problem.

The experience of this game on the PlayStation VR is going to be something worth waiting, although I just hope they manage to tweak the game a bit more to completely remove the chances of motion sickness. I really liked the idea of a horror survival game on VR and I’m hoping that they do make this game a better one from all the other launches of the franchise. There are still a couple more days remaining for the PlayStation VR release and let’s hope we see something great by then from the Capcom Developers.

The PS4 owners can download this game titled “Resident Evil 7 Teaser: Beginning Hour” demo from PlayStation Store. The demo will be available exclusively to the PlayStation Plus subscribers and for those who pre-order, the Resident Evil 7 will get a survival pack and a few other added bonuses along with it. I would rather wait for the game to be out and try it out in stores once before buying the game in order to make sure how the changes have worked out.

Even though the game did come with a little saddening aspect of motion sickness along with it, it is still worth the wait and I really want to experience this horror game in the VR and see if I am able to complete it without being motion sick 😛

The demo here is really cool and gives a clear idea of what the game might look in the VR and how things could get way scarier than expected.

If you have not yet played the game and want to try it out on your PS4 then go ahead and get it from amazon or like all of us you can always wait for the VR version of it along with the PlayStation VR headset.

You are definitely going to have friends who love this game, so don’t forget to share it and you can leave your thoughts in the comment section below !!