Hasn’t it been a dream to actually move along the trails of a game or at least I have always had the dream of being in the same physical space as my game character is and forget the real world for a while!

With the emerging VR technologies, it has become a reality that we can be one of those characters in our favorite PC games and in the VR market, there is currently a cut throat competition between the rift and the Vive. So,  without further ado, let’s get cracking up on the new Vive.

Vive released a few months after the consumer version of Oculus Rift has been released all I can say is that Vive has been the best VR headsets I have ever seen.I mean apart from being expensive, it does have a pixel clarity which not only makes me feel that I’m in the game but even makes it compelling for me to go ahead and put them on for hours together,in short it does offer a really high end experience. However said that I feel the need to include that the weight of the gear can be a little irritating at first and it would take you sometime to get used to it.

Developed in partnership of the Valve and HTC , this gaming VR headset I must say has raised the bar for all the other VR headsets in the market.Even its prime rival which is the Oculus Rift is finding a hard time to beat it in the competition.However Oculus will be soon releasing it’s Oculus touch in a few months and I think then we would have a better comparison.

Reasons to love the Vive

Drawbacks of the Vive

Would I buy the Vive ?

Oh, yes! If you are ready to spare $799 and are a hardcore PC gamer then I would really say it is worth the buy. It does have a pretty impressive tracking area and the quality of VR it gives is above all the VR headsets that are available in the market.

If I had to rate to Vive well it would be needless to say that it would top the charts when it comes to performance, however considering the money constraint not everyone would be ready to get it right away.However, I would say that Oculus being pretty close to its features would come to its level or could even be better than the Vive once we all get our hands on the Oculus Touch. Needless to say, I can only be sure of that once we have the Oculus touch out in the markets. 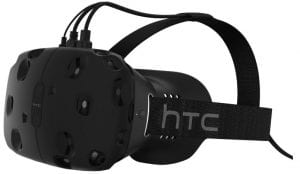