While Microsoft is taking care of the software aspect on these VR headsets, Lenovo and the other four companies followed the needed specs and decided to go for the hardware aspect of the headsets. 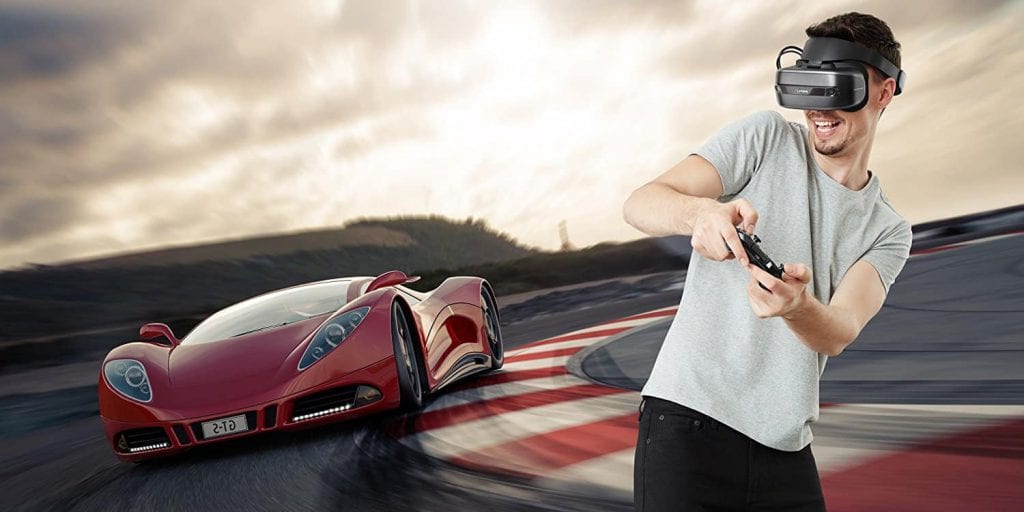 Is the Lenovo headset better with all the features in comparison to its counterparts like the Acer, Dell, Asus and Samsung VR headsets? Read the detailed review below where we break down each and every feature of this VR headset in detail!

Design of the Headset

The headset has a similar design to the PlayStation VR where all the weight is going to be around your forehead. The headset weighs around 380 grams which makes it a really lightweight headset in comparison to the Vive, Oculus Rift and the PSVR.

The Lenovo headset would be ideal for someone with a small face as the headset visor is not that wide so that it can fit a larger face.

So, if you want to get this headset for your kids, then this might be perfect but if you are an adult with glasses then you should skip these and probably go for the Samsung Odyssey Headset.

The headset also has some cushioning at the edges that make this Mixed Reality headset really comfortable to wear. The cushion can be removed as they are stuck to the headset with Velcro, so you can easily clean them or even replace them.

The material used on the headset is plastic and it somewhat feels similar to the Acer headset. The build quality seems not that great and it feels like it is cheaply built.

They could have done a slightly better job but then overall, the design is pretty okay considering that the headset is lightweight and can actually get the basics of the VR headset right.

Display of the Headset

Most of the Mixed Reality headsets have an LCD display which is pretty sharp, only the Samsung Odyssey has an AMOLED display which makes the colors look great in VR.

The Lenovo headset offers a  1440 x 1440 px resolution per lens which is slightly better than the Oculus Rift and similar to the Acer VR headset. The resolution is pretty good, however, it does feel a little sharp because of the LCD display.

These headsets from Lenovo do not come with headphones but instead, you need to plug in your headphones to the headset in order to get a completely immersive VR experience.

Only the Samsung Mixed Reality headset comes with headphones. So, if you want to get an inbuilt headphone feature then you might have to take a look at the Samsung Odyssey.

Refresh rate and Field of View

The headset was pleasant to wear and it did take care of the motion sickness. For most of the games that we played no one got motion sick, however, it really depends on the game you are playing as well.

The overall gameplay was pretty good and there was no lag whatsoever. The display was crisp and the experience was as good as any other premium VR headset. 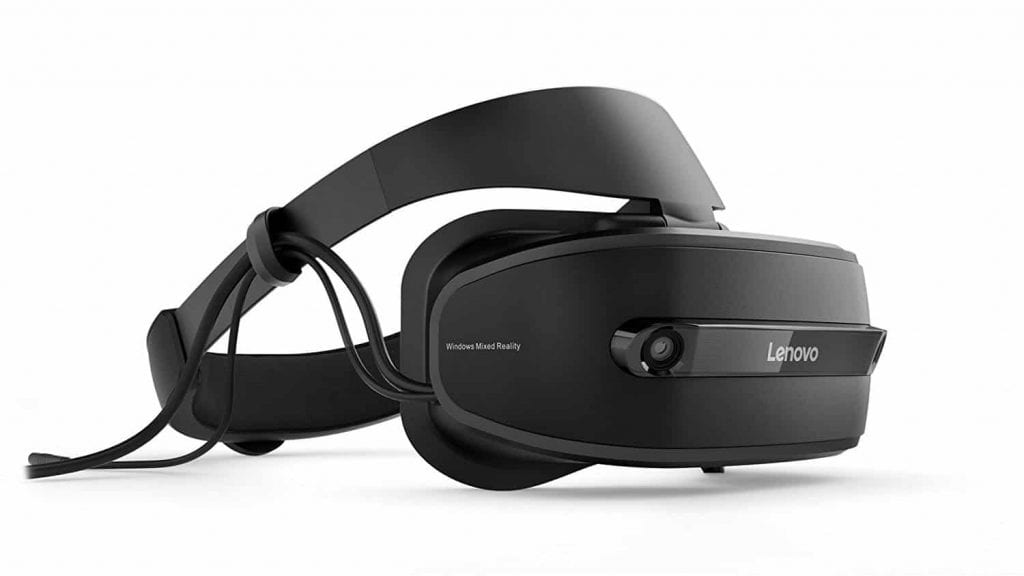 The FOV is almost equal to that of the Rift VR headset which is 110 degrees. You would actually like the experience that this VR headset has to offer apart from a little bit of the screen door effect.

Overall the FOV and the refresh rate was as good as any of the Premium VR headsets out there, the only drawback would be that you cannot adjust the IPD physically.

The headset has the inside out tracking which means you do not need to set up sensors or cameras like the Oculus Rift, Vive or PS VR to track your position in VR.

This makes setting up and using the headset really easy. Honestly, the entire set up process is so much easier than the other VR headsets out there.

If you are comparing the tracking of the Lenovo Mixed Reality headset to a smartphone VR headset like Gear VR, then the controllers and tracking are definitely better. 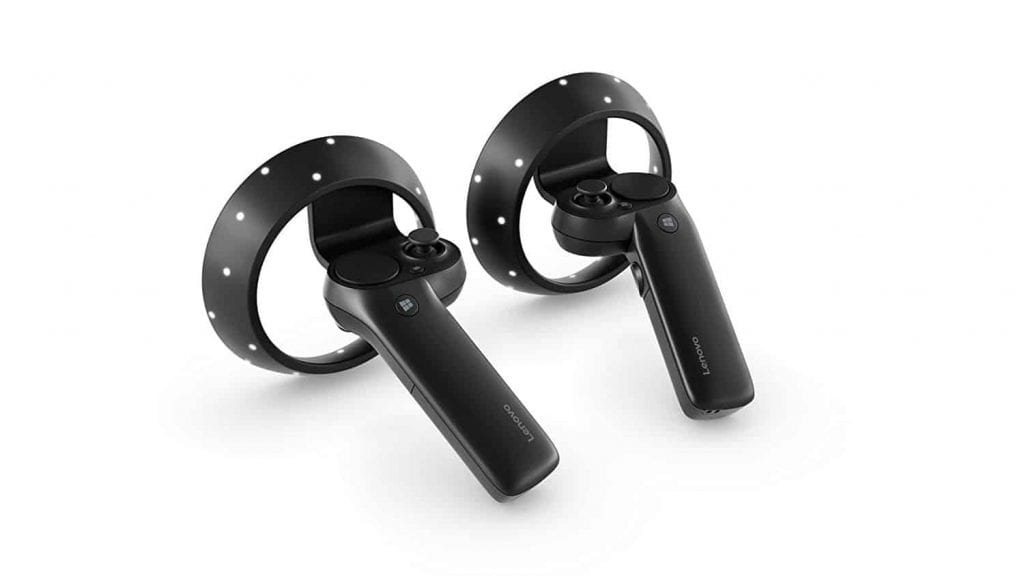 Overall, there is definitely a lot more than you would get with the Lenovo Mixed Reality headset and you can expect to have a lot more fun using the Mixed Reality feature offered by Microsoft.

The Lenovo Mixed Reality headset is pretty good and honestly, it is really lightweight and comfortable to wear. You can even flip the visor in order to take a quick look in the real world.

The whole idea of having the Virtual Reality and Augmented Reality merged in one headset is probably the reason I would recommend Lenovo Headset.

The price of the headset is pretty affordable as well and the fact that you do not need to set up any cameras or sensors for tracking is another added advantage.

If you are looking to buy a new Mixed Reality headset then you can definitely go for this one from Lenovo. Apart from the tracking, everything was pretty good and a few features were even better than the Oculus Rift.

The games and apps that come with the headset are pretty entertaining as well, so this headset from Lenovo is something that you can invest in, in comparison to all the Mixed Reality headsets but the Samsung Odyssey headset is a clear winner among all.

If you are willing to shell out a bit more money then you can go ahead and invest in the Samsung MR headset as well. 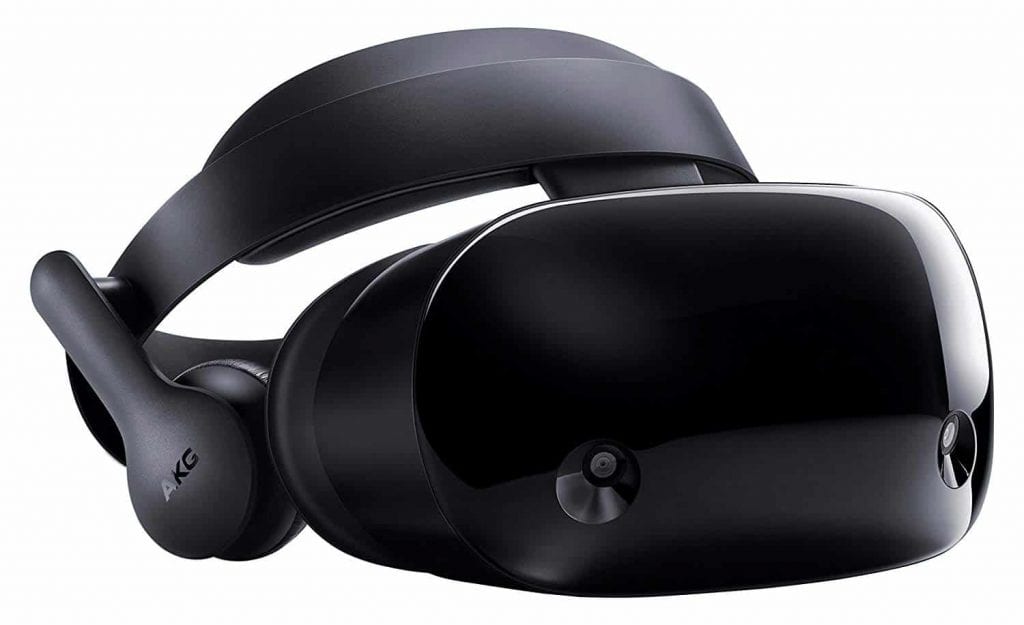 ==> Get the Best Deal on Samsung Odyssey Mixed Reality Headset

Let us know what you think in the comments down below!