Razer has come up with its new laptop the Razer Blade Pro with 4K screen resolution and a badass GPU which is every gamer’s dream. The new laptop also sports a unique keyboard which is amazing and unique. It does have every single badass specs that a gamer could ask but is it worth the money?? I would think for days to buy a laptop worth $3,699 and I think this review would let you decide which team you want to join- I want it right now ! OR Huh, I like my current laptop more.

So without any further ado, let’s get into the specs:

The laptop has a nice design and they haven’t changed much when it comes to the design of the laptop. It has a nice black cover with the Razer logo which, to be honest,it looks cool. I agree that the design is subtle but it is more towards the gaming laptop look than the otherwise typical sophisticated work laptop look. The laptop weighs around 3.5 kgs which is lighter than the Origin EON 17 but is it better than the latter in the specs as well?

The laptop comes with a 4K resolution display and for some reason, I personally find the display on this laptop very satisfying. It is the perfect blend of colors and when you try and watch a movie it is a treat to the eyes. Well, that became a bit too much, but honestly, this laptop has one of the most amazing displays I have seen among all the other gaming laptops in the competition.

The laptop also includes the NVIDIA G-sync feature which avoids the unnecessary tearing due to the change in frame rate. How often has it happened that the image on your screen just splits into two or three and you are waiting for it to assemble back, well that is the tearing scenario that would be never seen in this laptop  as it promises a butter-smooth gameplay.This laptop does come with a touchscreen, so to sum it up it has most of the features that any laptop display would have. 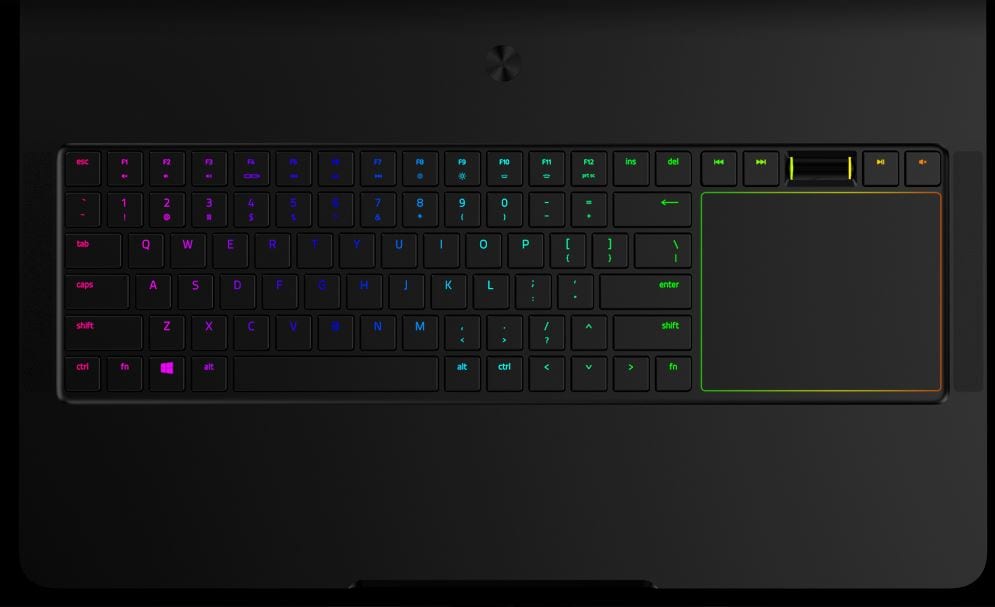 The keyboard on this laptop is pretty amazing and it is the most talked about keyboard ever since its launch. The keyboard and the touchpad are pretty mich side by side which makes the entire keyboard look cool. The keys are backlit and typing on them is very comfortable though the travel isn’t as much as it is in the case of normal 17-inch laptops but for some odd reason, I like that because it makes typing much easier. It comes with a volume scroll button on the right corner, above the touchpad which is a new addition on the keyboard by Razer.

The touchpad is on the right side of the keyboard and yes it can be a problem for those who are used to the regular placement of the touch, so that includes all of us , LOL. The touch has a LED outline which makes using the touchpad easier in the dark and it is one of the unique designs of a gaming laptop keyboard. Although it can take some time to get used to, I still think I would go for the new interesting way of using a touchpad. 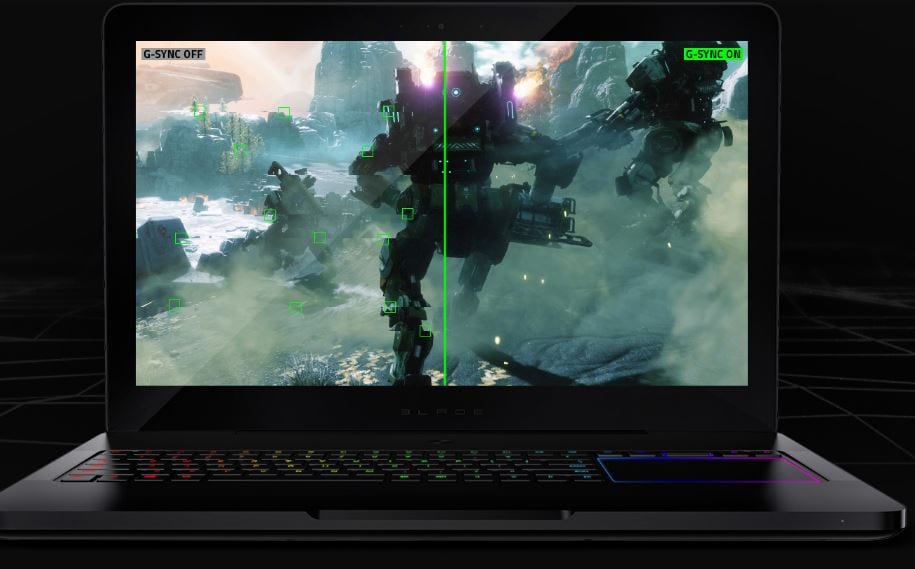 The laptop GPU is the latest NVIDIA Pascal Architecture which is the best graphics card available now. Most of the VR ready laptops have started to incorporate these graphics card because of all the VR hype that the rift and the Vive have created this year and with the late comer PlayStation VR the craze has increased multiple times.

Being one of the best graphics cards, this beast can easily run games at around 80 fps when it comes to ultra settings on high resolution. So, I would conclude that this is the best combination of both resolution and GPU power that would give you a maximized performance. Having the NVIDIA Geforce GTX 1080 in any laptop is blessing from the lord of games, LOL. This graphics card can easily play all the graphics demanding games with a lot of accuracies.

The G-sync feature added just makes the entire experience butter smooth and makes it a much-needed feature for all the VR ready laptops in order to provide a great gaming experience without any tearing and input lag.

Moving on to the performance of this laptop, it will never disappoint you when it comes to gaming and among all the other VR ready laptops, the Razer Pro has a good stand. The storage on this laptop is 32 GB which is pretty great for gaming laptops. Usually, 8 GB of memory is pretty standard when it comes to gaming on a laptop but the more the better. The SSD storage ranges from 512GB to 2 TB which is more than enough as this would make the file storage and transfers much faster improving the overall performance of the laptop.

The laptop has been endowed with great storages and it would help the laptop do nothing but perform much faster and efficiently. This laptop is going to be in beast mode when you play on Ultra settings and that is just going to make anyone drool because gaming on a 4K resolution is not something we get to do every day (provided we don’t have the Origin EON 17 already :P).

There is a lot of hype of the cooling methods adopted by this laptop and I’m pretty sure that it is going to be one of the best-designed cooling systems which would keep the laptop temperatures to an optimum level without any unusual hike in temperature.

Looks like the Razer team does want their relatively thin 17-inch laptop to not have any overheating issues and the cooling systems for it looks pretty cool. Hoping that the battery would last at least 4 hours because when you consider the resolution and the GPU power the battery would be drained at a relatively faster rate. So, anything above 4 hours is going to prove that this laptop has an above average battery life.

The Razer Blade Pro 17 can be one of the best gaming laptops soon after the Origin EON 17, which ranks it second on the list. It is one of the best gaming laptops by Razer and with its launch this holiday season, there would be many gamers who would actually go out and buy this beast. But the only limitation is the staggering price, it does have all the specs anyone can ask for but do we need all of them?

Honestly, all the specs are amazing and top notch on this laptop. They have gone way ahead of all other gaming laptop manufacturers and made this gaming laptop really stand out. This is the ultimate combination of great specifications and it is a must have for any hardcore gamers who are willing to shell out the much-needed cash for it.

With a powerful GPU and the best hardware, this laptop is amazing in all aspects and is sure to create a lot of buzz among its users. This was the Razer Blade Pro 17 for you, and hope you enjoyed reading this review.

In case you have any questions, leave them in the comment section below and I would be happy to help.