It isn’t shocking for all the VR enthusiasts who have been waiting for the launch of the Sony VR headset  because it was a little obvious that soon they would have a better console releasing to support the headset. Is the PlayStation 4 Pro better than the PlayStation 4? Is it too good to be true? Let’s find out:

From the comparison table, it is easy to conclude that all the PS VR owners out there be ready for some enhanced performance by the PS4 Pro. With more power and being able to run games at a much better frame rates which would in turn result in improved VR visuals. Not all the games have been PS4 Pro enhanced yet, but the ones that have already been enhanced have a pretty good quality on the PlayStation VR headset giving us a solid reason to go for the latter.

The PS4 2013 edition is somewhere in between the PS4 Pro and PS4 slim when it comes to its size. Looking at all the three gaming consoles, there is no doubt that you would go for the PS4 slim when it comes to the looks. The design in all three console is almost the same, the only difference being in the number of layers. Although the PS4 Pro might be a little on the heavier side and if you compare it with the other two console it is the heaviest. But it depends on what are your gaming console needs are.

If looks matter to you then you can go for the PS4 Slim, it is cheaper and has slightly better features than the old PS4 (2013 edition) but I seriously do not find too many differences between the two apart from the looks. The PS4 Pro is the heaviest although it has a much better specs than the remaining two consoles.

The DualShock 4 controller is the same in the case of the PS4 Slim and the PS4 Pro. There are a few changes from the DualShock 4 Controller that we saw in the 2013 PS4 edition and that being a light bar in front of the controller.

This is pretty good when you are gaming in a slightly darker environment, however, I do not see too many uses of it but from just an add on from the visual point of view, it does look pretty cool. The controller is matte black and pretty much the same old DS4 which we all loved.

Difference between the PS4 Slim and the PS4

There aren’t many differences between the two consoles when it comes to the specifications. However, PS4 slim is much better and enhanced version of the PS4 2013 release. The PS4 slim does have lower power consumption and is slightly better in the features than the older version.

If you do not own a PS4 then it is better to go for the PS4 Slim because most of the specs remain the same with a few enhancements wherever needed which is never a downside when it comes to an improvement on a gaming console.

Being fairly priced, the PS4 Slim is definitely for the win when it comes down to a comparison between the PS4 and the PS4 Slim gaming console.

Difference between the PS4 Pro and the PS4 Slim

The PS4 Pro in a way was designed to battle out with Xbox One S which for me is an interesting competition although most of us know which one is the clear winner among the two. The Pro console is designed to support 4K gaming experiences.

It has a GPU which is more than twice as powerful as the previous version of the PS4(both slim and the 2013 edition). It can run more graphics intensive games without any troubles and it would be able to produce much better frame rates which are definitely going to be a major advantage over the previous models.

This console is going to improve your VR experiences by better frame rates and visuals which is one of the major reasons for anyone to buy this console. The 4K upscaling is pretty impressive but it is going to work out for you if you have a 4K television else you can game on the 1080p resolution with a better frame rate which is not a bad deal.

If you haven’t yet bought a PS4, then there is no reason that you would not think of investing your money on the Pro rather than the slim. It is worth the $100 difference and it even gives you the possibility of having a far better gameplay in VR. The Pro is a cheap deal when you consider the amount of money you need to spend on a PC or laptop to have the same kind of gaming experiences.

The major difference between the two is that you will be able to run games on 4K in HDR which means more beautiful graphics and enhanced colors giving a much better visual detail. Although not all titles are yet Pro enhanced but with time the content is only going to increase.

If you want to buy a console and with the discounts on this older version of the console, this could be a good deal when it comes to buying a good console within a budget. Let’s not forget that this console can run the PlayStation VR and in no way is a bad option to go for. I think this would soon be out of stock so the only way you could buy them would be from a friend but even then it would be way cheaper.

Who is the PS4 Slim for? 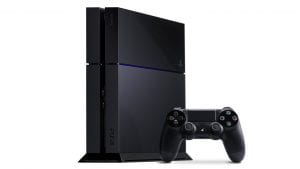 The PS4 Pro is the new console which is the only one providing the 4K gaming experiences for a relatively lower price compared to the PC and it has the most powerful GPU compared to the other two consoles. If you haven’t gotten the PS4 yet and can shell out some extra $100, then I suggest you go for the PS4 Pro rather than the PS4 Slim. This console even gives you an opportunity for an enhanced VR gameplay which is never a bad thing ! 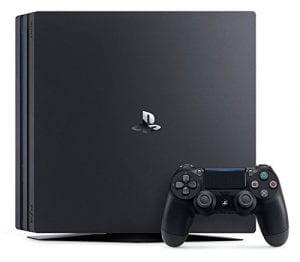 This was a brief comparison between the three gaming consoles. If you feel there is any comparison points that need to be included or which you have experienced then leave them in the comment section below.

If you liked it, Don’t forget to share it!