Any VR experience just gets better and more immersive when you can interact with the objects inside the VR world. The VR controllers have been introduced to all the three major VR headsets so that people could start to interact with the environment in Virtual Reality and experience things that they could only dream about in the traditional console games.

The FARPOINT PSVR game released this May 16, 2017, along with the PlayStation VR Aim controllers which just makes the gameplay much better. How are these different to any of the controllers we have seen before? Isn’t it the same as playing with any usual controller that we normally would?

The Aim controller does bring back the feeling of a real FPS game as you wield the controller that is designed and works like a rifle. It is pretty amazing that you are actually using something that looks really similar to the object that it is being replicated in VR making the experience in VR more realistic.

It is far better than using Move controllers where you are wielding two controllers which in no way is convenient while playing the Game. The Aim controllers have triggers at various places and the entire assembly gives the feeling of using a gun. The controller has similar controls to the DS4 which consists of two analog controllers, four face buttons, two bumpers, two triggers and a directional pad. 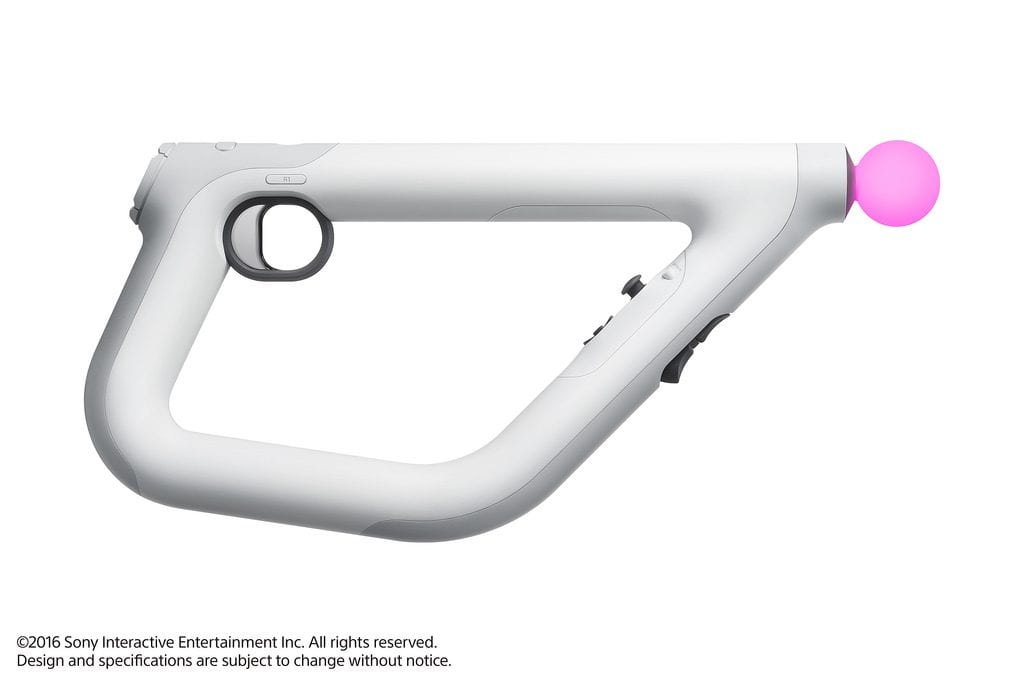 Using the controller for a First person shooting game like the Farpoint makes the experience much better and way immersive. There are a few other games that would be compatible with the Aim controller. A few of the existing games are getting updated to be played alongside the controller and a few are releasing in the next couple of months. SO if you are planning on getting an Aim controller then you can surely use it for more than just one game which is FARPOINT.

This first project of Impulse Gear which was exclusively made for the PSVR. It is a sci-fi FPS game where the protagonist has crashed into an alien planet and tries to survive and look around for more clues which would help in his escape. This game has some great graphics which is totally worth it when experienced with the  PlayStation VR. Read more about the game FARPOINT here.

This is another FPS game where there is no character story or a storyline for the entire game, all you need to do is tackle the huge wave of enemies that come towards you using your gun. There are different types of guns in the game and as you move ahead in the game you would keep unlocking different challenges.

This FPS zombie game has been out for quite a while and it is now introducing the compatibility of the Aim controller.  Incorporating the Aim Controller in the game lets you wield a single gun at a time increasing your accuracy and the number of successful hits that you have in the game.

Another zombie horror game which is quite scary and you might want to grab onto the Aim controller while playing this game in VR. I couldn’t be happier when I heard that even the Brookhaven experiment would be included in the list of games that would be compatible with the Aim controller.

This game really gets that adrenaline kicking in your body and having the aim controller by your side will take the entire gameplay to another level. This is indeed a very interesting combination to play the game with the new aim controller and with the updates out soon (around June 2017).

This is an arcade shooter game and in the game, all you have to do is shoot all the extraterrestrial bots that come your way. The game is already released on the Rift and the Vive but it would be interesting to have it as a release on the PlayStation VR and see how well the game works with the Aim controller.

Honestly, this game is never ending. There are so many different maps that you need to explore and way too many guns and weapons that you can try out that it does seem that the Aim controller would be put into some good use in the game. The game would be soon releasing on the PlayStation VR platform soon.

Do let us know what you think about all the games compatible with the Aim controller and if you think any other game should get an update!