Robinson: The Journey is a game developed by the German company named Crytek. This company is responsible for the development of games like the first installment of the Far Cry series and then later on the Crysis Series. This game is the company’s debut for content in Virtual Reality and it has done an amazing work with the graphics and gameplay in the ‘Robinson: The journey’.

This PS VR game is more about exploration. The protagonist of this game is Robin who gets stranded on an isolated planet. On his journey, he has a flying object as his company which guides him in situations and even has a baby Tyrannosaur as his friend. The game involves puzzles and a lot of traveling on the unknown planet which leads Robin to new situations. 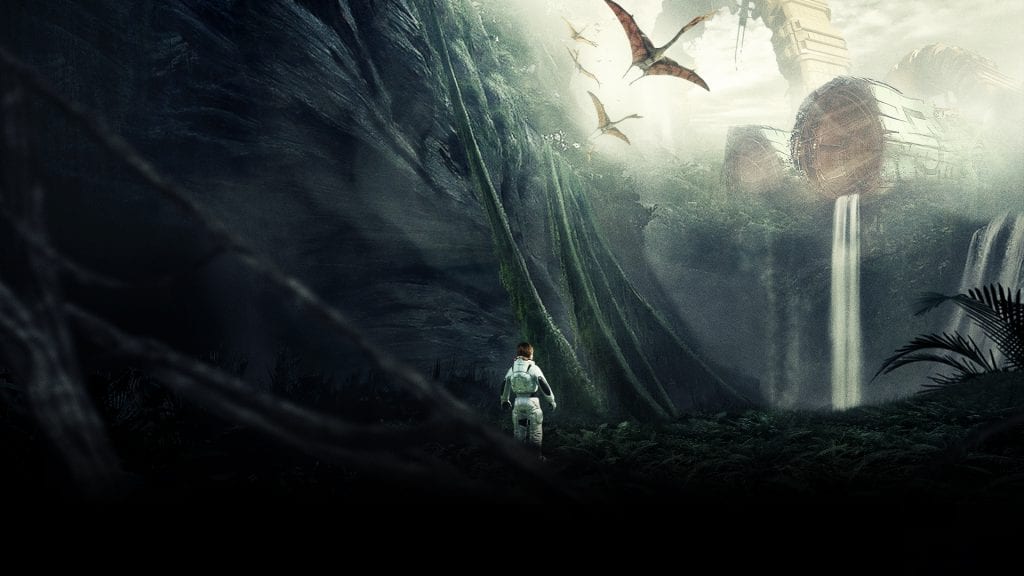 Initial gameplay involves befriending a baby tyrannosaur and how Robin bonds with the tyrannosaur and at the same time slowly start to unravel the truth behind him being left on the planet. The game slowly starts getting interesting as we start discovering more about how Robin was stranded and how he is supposed to survive there and tries to overcome hurdles for his survival. Trying to figure out if there is anyone else on the planet, the journey begins and it just keeps on getting interesting as the time goes by.

You will be solving a few riddles and puzzles every now and then which makes the game pretty interesting to play. There would be times when you need to run from various creatures and you would play the entire game using you Move controllers. The storyline of the game is interesting which keeps the player’s interest invested in the game for a really long time.

The overall graphics of the game is pretty okayish. The scenery and various creatures that you get to see look pretty amazing in VR. The entire theme looks like the Jurassic park and that fact that you would be running away from creatures most of the time makes you feel like a character from the movie. But, I do feel that the graphics quality could be slightly better to make it look flawless. There is an enhancement for the PlayStation Pro users, so if you are thinking to invest in a new PlayStation which would enhance your VR experience then PlayStation Pro is something which you should go for.


The entire game is like a story going on and you have gaming which goes on the. This is an amazing experience and a very good combination of puzzles, exploration and chasing away weird creatures. With the Move controller, the game does work well, however, sometimes you would wish that the accuracy could be better. This game is a really good title with the PlayStation VR and the mixed experiences you have in VR are amazing.

The VR experience is immersive and the interaction with the objects around you makes it feel real. Your tyrannosaur buddy would be there around you during the gameplay and for some reason, it looks adorable, LOL. The overall gameplay is immersive and as a PS VR owner, I think this game is worth trying. The entire gameplay keeps you involved and is extremely immersive.

The puzzles are different each time and the approach to them is different and not something mainstream or obvious. Each time the solution is different and something not that predictable which can get annoying at times but that do successfully engage you in the game for longer hours.

The game is pretty amazing and the first time you play it you would actually be interested in the graphics and the way you get to interact with the beautiful surrounding. The amazing journey in Jurassic park is sure as hell a really amazing one with all the detailing and engaging storyline.

This may not be the best game you have played on the PlayStation VR but it is surely not a game that you would want to miss, Crytek has done an amazing job in making this game unique and something which you would look forward to playing. The exploring and puzzle solving are impressive and in the VR world it just equates to an outing on an abandoned planet.

The game is fairly priced although when you look at the fact that it won’t appeal to you once you have played the entire game, you might consider it as slightly overpriced. Overall, it does have a great, engaging and fun gameplay.

In case you want to share your experiences about the game then leave them in the comment section below.