Xiaomi VR headset had created the buzz last month because of the low priced VR headset which was available for around $0.15 for all the beta testers. It did not take long for them to come out with the consumer version which has all the features that were promised and costs only around $15. Many have compared it to the Google Cardboard because of their prices being almost the same(at least now).

Features of the Product

The Xiaomi VR headset developers promised an FOV of 95 degrees and it is in that range(almost 95). In the case of phones with smaller screen sizes, you might be able to see the corners of the phone which don’t help to make the experience immersive.

Like the Google Cardboard, you can use any phone with screen size varying between 4.7- 5.7 inches. It has a slot in the cover which is designed for Augmented reality, although in the case you have phones with smaller screen sizes the camera would have some blockage from the material.

The headset is very light weighing about 200 grams making it lighter than the hottest selling VR product Gear VR which weighs about 325 grams.

It consists of a two-way zipper which needs to be unzipped whenever you want to insert your phone, however, it can be a little annoying when you have to remove the phone out more than once in order to change the apps.

You can connect your headphones to the phone while using it along with the VR headset by unzipping the cover to provide enough space for the wires to get through.

It has a custom button on top of the VR headset which helps in avoiding the usage of a gamepad or a controller with your iPhones or android phones. You can easily game it up with the Google Cardboard app, so content should not be a major issue.

The VR headset is roomy and you can easily use it with your glasses although it can be a little tight, but even then it manages to be comfortable to use.

The VR headset has an app that includes 360 videos from Youku and various other dedicated apps.The google cardboard app works fine with this VR headset, however, the developers have been investing a lot of resources in growing the content for this VR headset and it looks like within no time they too would have an app which is going to be as resourceful as it can.

There is a QR code in the VR play box, using it you can download the dedicated app although using the  google cardboard app and related games are fun with this headset as well. 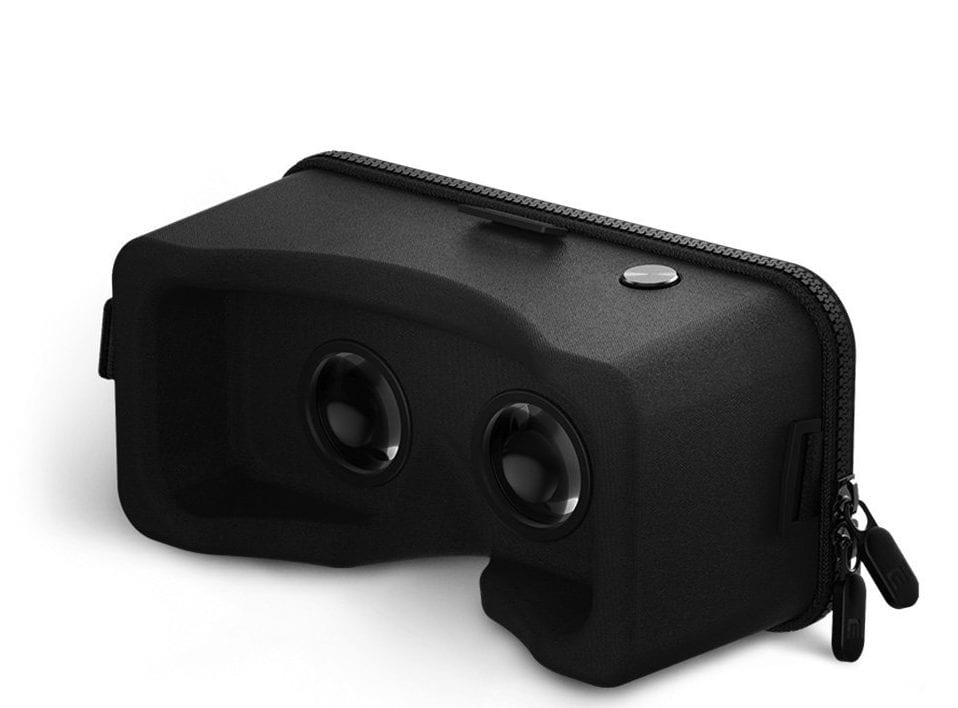 Being  a little late in the VR-based headsets for smartphones, I expected them to include focal adjusters and it is a little disappointing to find out that they are not included in the consumer version of the VR headset.

This VR headset is not going to prove as a great asset when it comes to augmented reality, especially for the phones which have smaller screen size due to the design of the headset cover which will be blocking the camera.

I do not see any vents in the design so you might want to go for the old school way of using cooling pads in case you have an overheating issue with your phone.

Due to the lack of enough padding you might find light seeping in which can make your experience not as immersive as the other premium VR headsets, but for $15 it surely is a good offer. 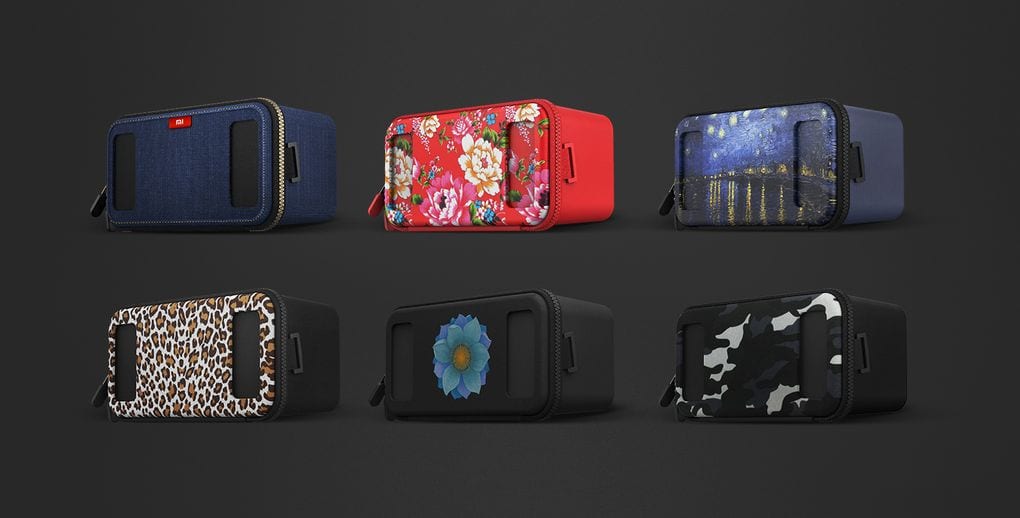 Although your experience might not be as immersive as the premium VR headsets but for the price of $15, it is a great deal and with the ongoing offer from GearBest, you can easily get it for $12.

Earlier, the best way one can start with Virtual Reality was by starting off with Google Cardboard but now with the Xiaomi VR headset on the shelves, I’m pretty sure there would be a mixed opinion on which one is better.

There are rumors that Google Daydream will soon launch by the end of this year, so Xiaomi has very little time to steal the show from the Google Cardboard. Apparently, Xiaomi might get into the exclusive VR headsets for Xiaomi phones but let’s see how much time that would take.

My overall review for this VR headset- it is a must buy and clearly a pretty good product for the price. The VR headset has not yet made it to amazon, however, I would really like to see the discount amazon offers! Currently, you just have it in black color but soon they would be available in denim shades, florals, camel print, etc.

For all you guys out there who are interested, this product is available on Amazon, so go ahead and check it out there.

In case you have any experiences to share regarding this product or intend to ask any questions, leave them in the comment section below and I would be happy to help 🙂

And if you liked it, don’t forget to share it!