A good VR headset can transform your pleasure to a real-time sensual explosion, and it will keep you wanting more.

While some VR headsets will blow your mind, some will leave wondering why they even existed in the first place. To make the most of virtual reality Pornography, you’ll need the mind-blowing ones.

That brings us to the all-important question:

This is an important decision you’ll have to make on your VR pleasure quest, and I completely understand that.

So we’ll help by making the decision more comfortable for you as this post would explain everything about different VR headsets and how amazing they are when it comes to watching adult content.

By the end of this post, you’ll be able to streamline your options and choose the one that suits you most.

So, the best headsets for watching adult content are-

Oculus Quest is probably one of the best VR headsets out there. Quest is a standalone headset that comes with specs that would blow your mind.

It is like an amped-up version of the Oculus Go. The Oculus Go in itself was good but the Quest along with its touch controllers and six degrees of freedom just steals the show.

There is so much to this headset from the specs to the quality of VR everything is just perfect. Oculus Quest is a headset that can make any experience immersive.

It is a standalone headset so you do not need to connect the headset with a PC or a phone. You are just going to wear the headset and get started with your VR experience.

It does not have any wires which makes moving around wearing the headset so much easier and the passthrough feature helps you view your surroundings even while you have the headset ON.

You have a full tracking positional controllers that are very comfortable and you can easily wear the headset for hours without having any issues. The battery life is about 2-3 hours which is great for a standalone headset of this caliber. 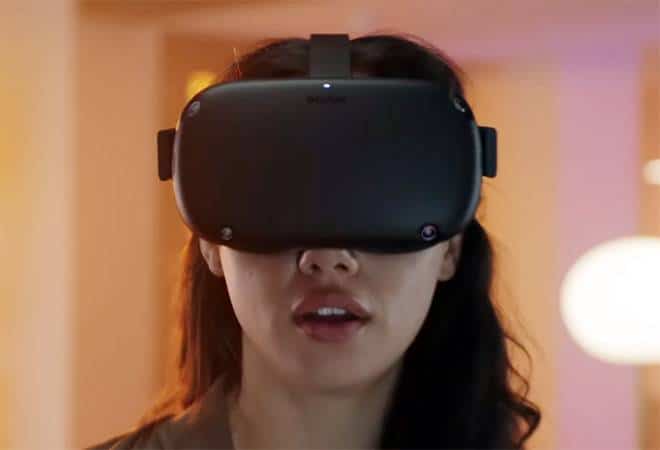 You can even use it to watch movies, play games and view some VR experiences. With the two touch controllers included with the headset, the experience only gets more immersive and interactive.

Lenovo Mirage Solo is a standalone headset by Lenovo meaning that you do not require a PC to run the headset. The headset comes with a controller that is pretty similar to the one that you find on the Oculus Go.

The headset comes with an inbuilt processing system and that helps you play games right off the headset. The headset is pretty comfortable to wear, making it ideal for moving watching or long gaming periods.

The headset comes with 64GB of internal storage and an expandable memory of 256 GB. The battery life on the headset is 2.5 hours which is pretty good enough since I can never wear a headset for more than an hour straight.

Most of the VR adult videos are an hour-long or somewhat in that range. Therefore it is important that you divide your time in a way that you do not wear any headset for really long periods of time.

Since the Lenovo Mirage Solo and the Oculus Quest are wireless standalone headsets, you can easily pair them up with a sex toy that would make your experience interactive.

You would actually feel like you are in the video, making the entire experience so immersive. Some of the famous sex toys that work very well in automatic modes are KIIROO Onyx 2 and the Fleshlight Launch.

They even have a feature that enables you to sync these sex toys with the video that you are viewing but as of now, that is limited to mobile VR Headsets. Even then you can make sure of the automatic modes on this headset.

HTC Vive Focus Plus is another standalone headset which has some amazing specs along with two tracking controllers with 6DoF. This makes the headset similar to the Oculus Quest.

The headset has some amazing features like high resolution and has an excellent fit and comfort. The headset is better than the Mirage Solo, Oculus Go, and the Vive Focus because it gives you 6 DoF which makes the VR experience more interactive and immersive.

The refresh rate on the headset is about 75 Hz which is pretty similar to refresh rates on most of the standalone headsets. The higher the refresh rate, the better would be the frame rate and there is a lesser chance of you having motion sickness while in VR. 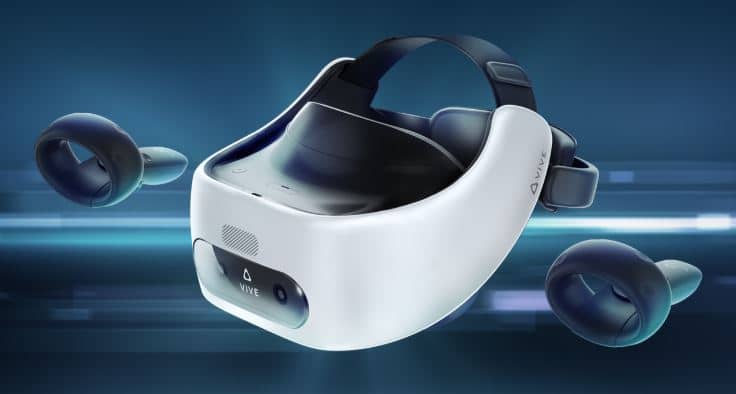 The battery life on the headset is about 3 hours and you get that with 30 minutes of charging. Although it depends on how you are using the headset.

If you are playing a game that is graphics heavy then the battery life might come around 2 hours which is again decent in comparison to other standalone headsets.

The Oculus Rift S is a headset that is an amped version of the Oculus Rift that shook the VR world a few years back. Oculus Rift was one of the major headsets and this one is just better than its predecessor in so many ways.

The controllers run with AA batteries and that makes the movement of your hands much easier. The controllers are receptive and they make the entire VR experience extremely immersive.

Oculus Rift S needs a compatible PC and it is not a standalone headset. Make sure you have a computer that would work with this headset before you go ahead and make the purchase.

You can get a VR ready laptop for as low as $1000 ao that should not be an issue. If you are building a PC then it would cost you even less than that so it is not going to be as expensive as you might think to get a PC that is compatible with the Rift S.

Oculus Go is the first standalone headset that was released by Facebook. This headset clearly changed the entire game by bringing some quality VR experience at the entry-level.

The headset is wireless and you can wear it and roam around freely you like since you are not tethered to a PC like the Oculus Rift S or the Vive Cosmos.

Of course, there is a difference in the specs of this headset and the Rift S but for a standalone headset, it is a pretty good option. The Oculus Go comes with a single remote controller like the daydream headset.

It comes with a controller and 3 DoF which is a setback considering the Oculus Quest and the Vive focus have 6 DoF. However, one should consider the fact that the Oculus was released before all these headsets and it is still marked at an affordable price.

This headset is good at the entry VR level as the VR experiences are pretty great and not as bad as the ones on the mobile-powered VR headset.

The headset comes with a battery life of 1.5-2 hours which again is not great but not bad as well. The headset has two internal memory storage options, one of them being 32 GB and the other one being 64GB.

The HTC Vive Focus is a portable VR headset and is a standalone headset. The headset comes with a remote controller, and the headset is similar to the Oculus Go.

The headset comes with a battery life of about 2-3 hours which is great but you can find some dip in the battery life when used extensively. The battery life is similar to what you see with most of the headsets out there, so you just cannot go wrong with it. 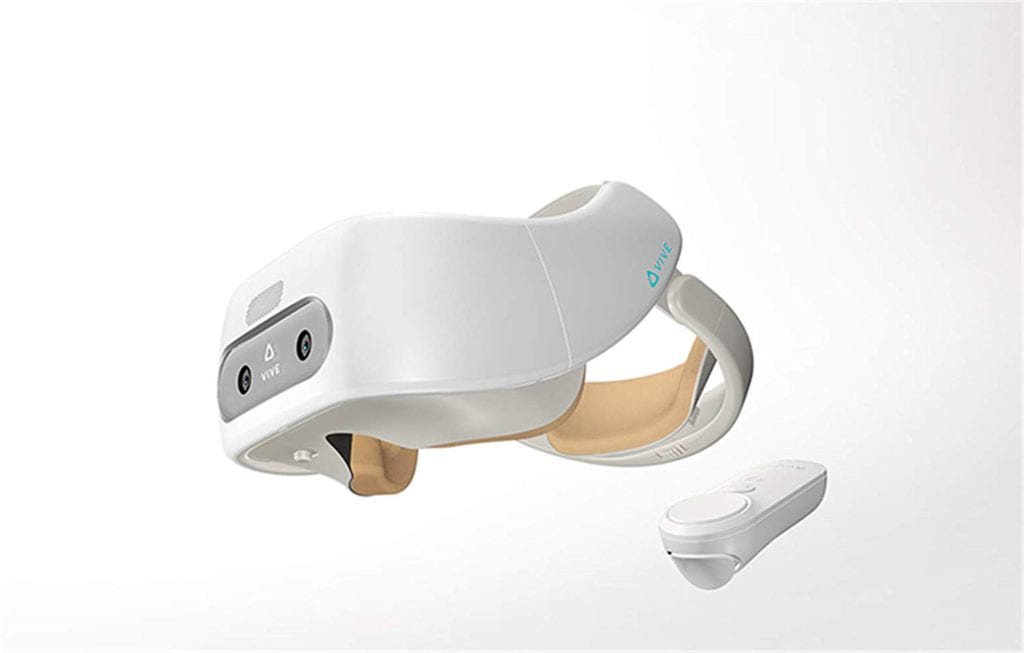 Although you might have to download videos and store them in the headset memory which can be a hassle since the memory is limited on these headsets.

It is still going to work well for someone who does not want to invest in a PC with beefy specs. Do check out the HTC Vive Focus and let us know what you think in the comments below!

And if you love realism, near-real actions, and movement, this is the headset to go for.

Nobody likes to just sit and look. Everyone wants to be involved in VR. And this headset allows you to have a personal VR experience.

You have the chance of moving to whatever corner of the room that suits your play style. As this headset gives you a dedicated room-scale area of play.

You can sit, stand or walk around the room. A perfect way to go berserk and live all your sexual fantasies, right in your room.

It features a chaperone that tells you your boundary, as you play. You won’t miss anything.

Glide into the virtual world and experience pleasure like no other with this headset.

The Samsung Odyssey is a built-in AKG headset that does not tilt, no matter how you much the pleasure moves you. Imbued with a rich 360 degrees of spatial sound, no one can sneak up from behind you, without you noticing.

It is a PC headset, so make sure that you have a compatible system before you go ahead and invest in this one here. The headset comes with an inbuilt microphone, that enables you to interact without clutters.

This PSVR headset features a whole new dimension in virtual pornography. It’s the best way to “be there” while you keep seeing it.

Stay connected to the virtual world with the expansive 5.7 OLED 1080p display that runs at up to 120 frames per second. Engineered to be balanced, easily adjustable and comfortable.

It is so convenient that you’ll feel like it’s not there, yet it gives you a nice pleasurable experience. It keeps you free from any distraction and the two Move controllers ensure that you have an interactive VR experience. 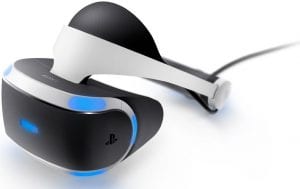 The LED camera and tracking system capture all movements in the virtual space and makes them feel so natural.

Its 3D audio allows you to hear sounds from all directions. You will also be able to judge the distance of the sound from you. It’s easy to use, just plug in the PSVR and its camera and you are good to go.

You can wear it comfortably. Its soft head strap and will relieve pressure on your face and nose.Its lens is lightweight, and you won’t be distracted by it, while you concentrate on your pleasure.

It has a wide field of view that gets you into the action, instead of leaving you out as an onlooker.

It’s a world of limitless possibilities; the Acer VR headset shows just that.

This isn’t just virtual reality; it is a mixed reality. A hybrid of virtual and augmented reality. Something to send you to a realm you will never forget. 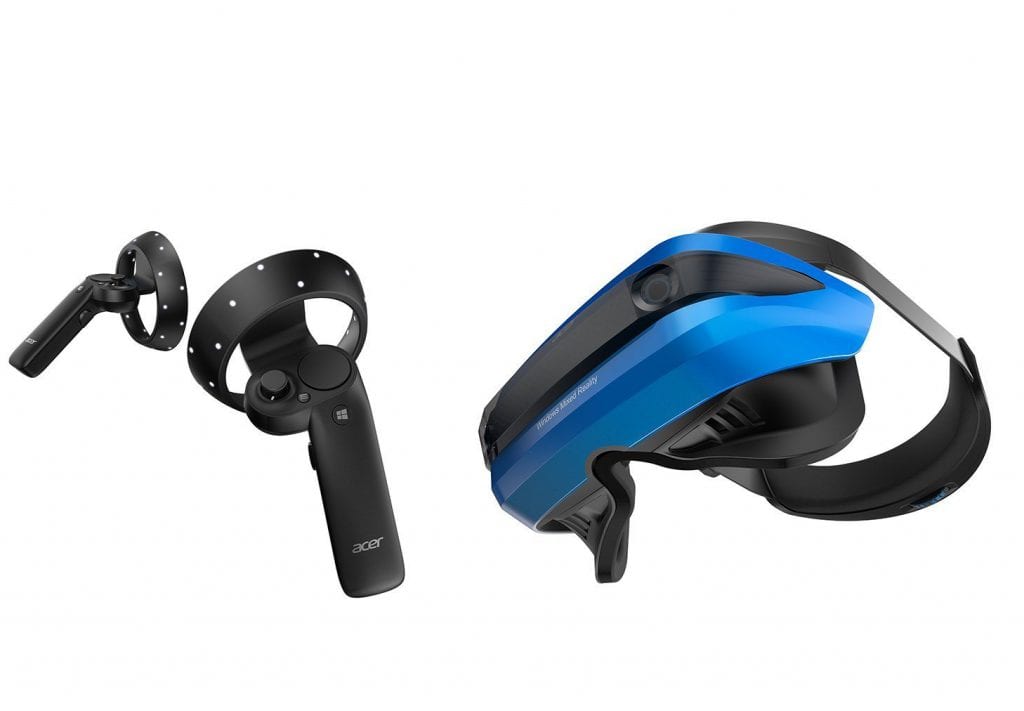 This device is built for your comfort and freedom of movement.

It features a secure tracking system that doesn’t restrict you in one spot. And the virtual movements feel so real.

It’s easy to set up. You don’t need any form of hassles to set this device up. Just involves plugging in, check your PC and here you go.

Has an adjustable headband that you can lift off easily, and get back to pleasure as succinctly as you want.

The experience is realistic that you would feel like never removing your VR headset and you are going to enjoy every aspect of VR thoroughly.

I feel that watch adult content is so much better in VR than it would be in 2D. You get to have lots of fun and at the same time, you can have some really nice interactive experience.

If you have never heard about these toys then check out the  Fleshlight Launch and the KIIROO Onyx 2 and let us know what you think about them in the comments below!