Windows Mixed reality VR headsets are finally out and it is time for us to review us the Acer VR headset. Now, it has been a while that these headsets have been released and the review is a bit late but that’s okay as it did take me some time to get to know more about this VR headset.

So, if you are new to VR and are thinking of which VR headset you want to invest in, unlike the past few months, this time you have another VR headset apart from the  Oculus Rift, HTC Vive, and the PlayStation VR. The Acer VR headset has many other features that are pretty new to us and all the Virtual Reality enthusiasts so if you are going to get the Acer VR headset then do read the review to know your headset better!

The Design of the Acer VR headset is pretty similar to the PlayStation VR, although it feels more compact and lighter than the PS VR. The headset is a mix of black and blue color and has the headband design which resembles the PSVR headset,  however, there is nothing similar between the two headsets apart from that.

The VR headset has a hinge on the top which can be used to actually look at the surroundings while you are still wearing the VR headset by just flipping the headset.

The headband design is pretty impressive that way although the hinge makes the headset a little less sturdy and if you move your head a bit too fast you can actually feel the headset move a little which can be a slight turn off for some people.

Overall the design is pretty good and the build quality seems okay. If there was a choice, I think I would mark the other VR headsets a bit more when it comes to the built quality, although the Acer headset is not bad yes, it could have been a little better. 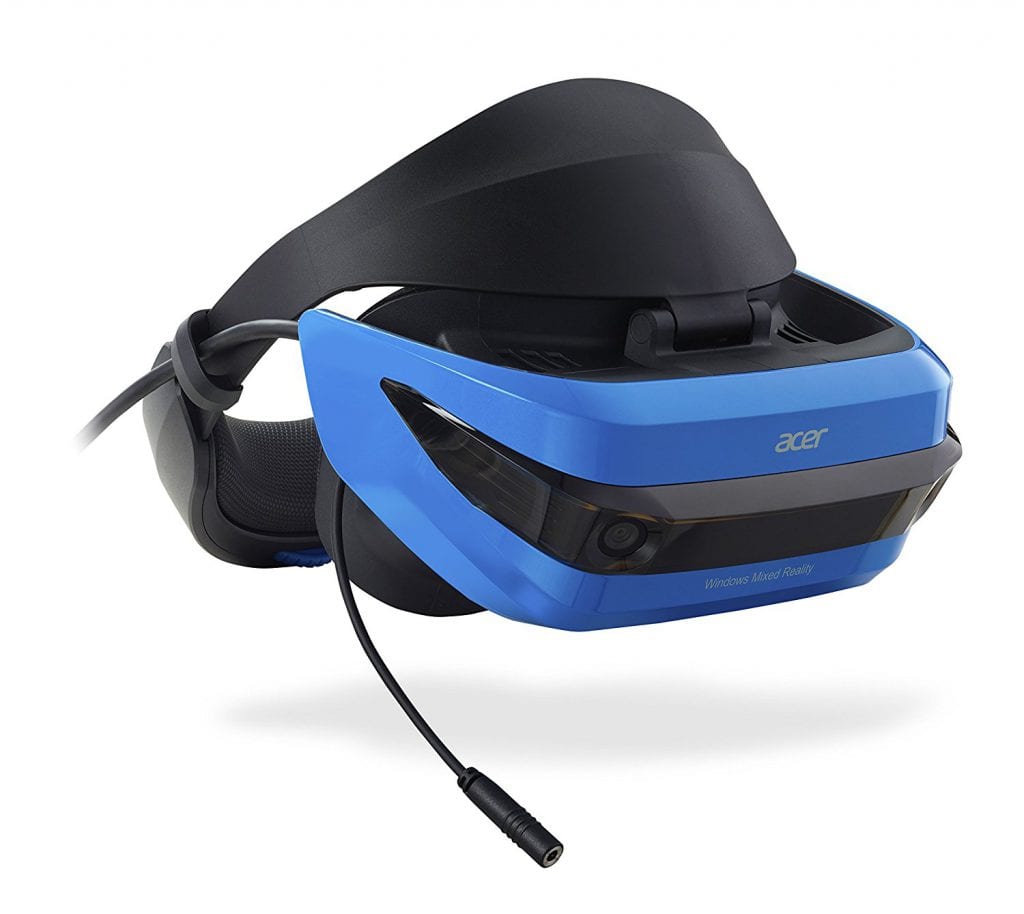 The headset has foam at the corners which are meant to absorb sweat and they feel really comfortable on the face. The Acer VR headset does a pretty decent job when it comes to blocking the outside light and giving quite an immersive experience.

The headset can be flipped up and down which is great if you want to get out of the VR world for a moment and then get back into it. This way you won’t have to remove the entire VR headset from your head and wear it back again rather you can just flip it up.

The headset comes with a 1440×1440 dual panel which is similar to the Lenovo Mixed reality headset. The VR world looks very crisp and clear when you wear the headset. The Vive and the Rift users might find it odd as the visual in those headsets were more rectangular and in the case of the Acer VR headset, it is going to almost a square.

There is still a screen door effect and the visuals are not completely perfect so you might want to take a note on that, however in comparison to the previous VR headsets, it is not that bad. The headset does not come with an inbuilt microphone and come with a 3.5mm audio jack. 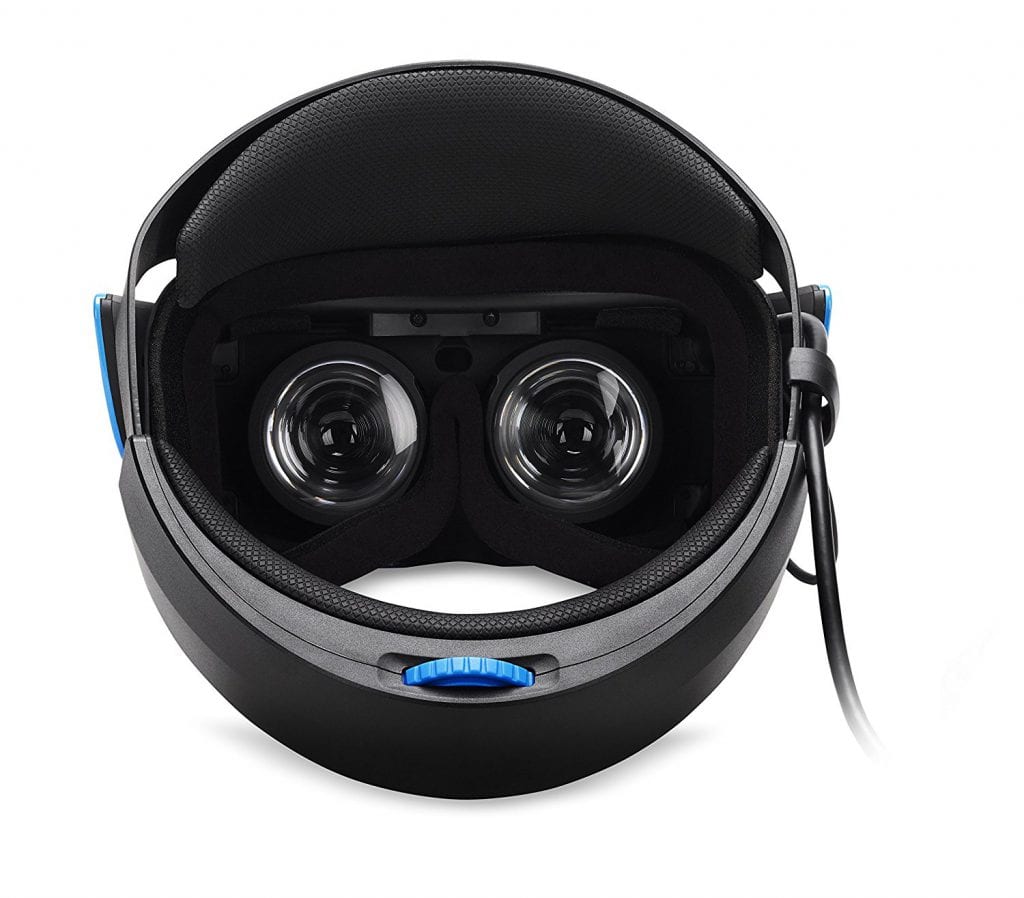 The Acer VR headset comes with a FOV of 105 degrees which is slightly less than the Oculus Rift and the Vive. Honestly, with the new VR headsets coming out, I wish they tried to improve the FOV in order to make the experiences more immersive and not decrease them.

The refresh rates on this headsets are 90 Hz which is similar to the PlayStation VR. The FOV and refresh rate of the Acer VR headset is good enough to provide you with smooth gameplay experiences.

In comparison to the Rift and the Vive, the numbers in the FOV and refresh rates can be a little low but the difference is not something that would bother someone who is making a change from the previous VR headsets to the Acer VR headset.

This VR headset has an inside-out tracking so no more of being in the range of the external sensors or camera as it was in the case of the Rift, Vive and PlayStation VR. The Acer VR headset removes the huge headache of setting up the sensors correctly which honestly takes some time and you need to do it perfectly in order to have a smooth VR session.

Overall, the controllers are decent and you might probably not want to switch from your rift to this VR headset if you find that the controllers are the most important aspect of your VR gameplay.Otherwise, there is not too many complaints from the Acer VR headset and it is overall a really good choice for someone who is planning to take a step into the world of PC VR headsets. 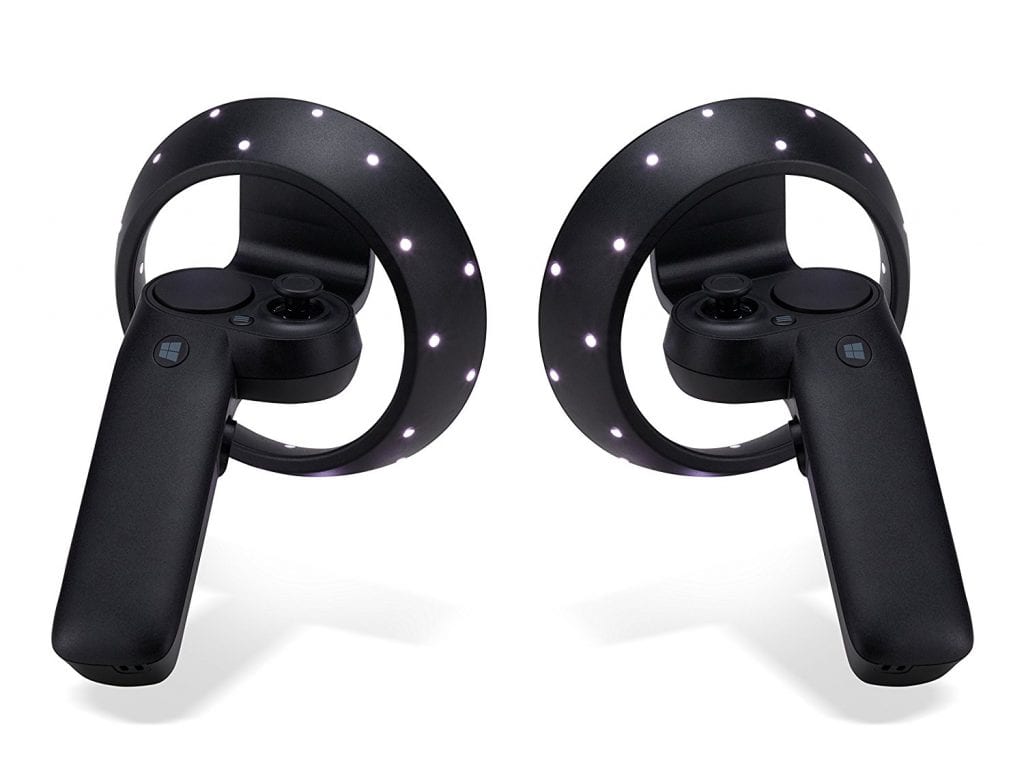 The Open VR Driver is still undergoing development which means that once it is done, you can access the games from Steam VR on your Acer VR headset. However, as of now, there are not too many options available when it comes to gaming in comparison with the Oculus Rift and the HTC Vive.

As of now, you have a few titles like the Arizona Sunshine, Superhot VR and Space Pirate trainer but hopefully, within a few months all the Steam VR games would be playable on the Acer VR headset. The list is pretty good but in comparison to the tons of games and apps available on the Oculus Rift and the Vive, it might look like Acer should have had more content to stay in the game. 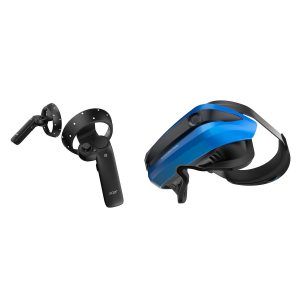