Overheating in the Gear VR is one of the most searched topics in Google and is definitely the only setback that comes with gaming on the Gear VR. Samsung Phones do heat up and if you are into Virtual Reality and are using your phones with the Gear VR then you know that the problem is pretty evident during gameplay.

It is annoying that you need to take out your phone just because of the overheating and if you do not go for any solutions mentioned below then you might just end up with a gameplay that would last for about 20 minutes. So, if you are struggling with overheating issues in your Gear VR then you should read the entire post to get a good idea on how to deal with it.

Yes, it works with the gray and black version of the Gear VR which was first released and you cannot use this if you own the newer versions. Check out this product on AMAZON. 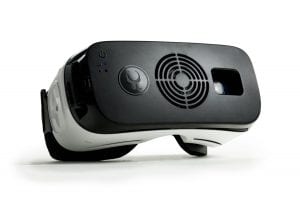 2. Use cooling pads- This was probably the best method that can help you minimize the overheating of your phones in the Gear VR. Using cooling pads is one of the best ways to actually help maintain the temperature of the phone inside the headset and this trick can work well with other VR headsets as well.

It is a really cheap way to overcome this issue and very easy to use. All you need to do is place the cool ice pad between the phone and the Gear VR cover and you are good to go. This tip does help in having a better gameplay experience on the Gear VR. The ice pads are available on AMAZON. 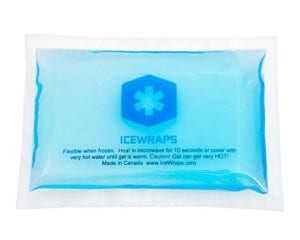 1. Charging your phone: Avoid charging your phone while you have it inside your Gear VR as that can only increase the temperature. It would cause your phone to heat up even more because now it is getting charged and at the same time it is inside a VR headset.

2. Ventilation: Try to not use the cover if you are not going to use the cooling pads since that would provide more ventilation to your phone reducing the effect of any increase in temperature of the phone.

3. Brightness: You can set your brightness a little lower than 100 percent so that there would be lower battery consumption and overheating.

4. Closing any additional apps: Close the apps that you are not using since that just puts an extra load on the phone and can cause overheating. It also consumes a lot of your battery without you even realizing it. Although these tips might sound very simple if practiced can go a long way in reducing the effects of overheating.

These are some of the tips that you could use to keep the overheating issue in control. If you have any other tips or any other ideas that have been working well with you then do share them with us in the comment section below.