It has been quite some time that I have posted a comparison post on VR headsets. Individual Merge VR review and the Samsung Gear VR review are posted on the site long back, however, a lot has changed in a couple of months in the VR world. There have been a considerable amount of updates and […] 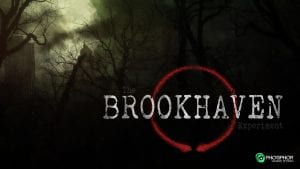 The Brookhaven Experiment has been released on the Oculus Rift, HTC Vive, and the PlayStation VR and after receiving such a great response on all the three platforms, the game is ready to release on the Gear VR as well. The game was released on 27 September 2017 and you can buy the game on the […]

It has been a really great year when you look at the new Gear VR and the compatible remote control.There are a few really good Gear VR releases that we have seen in the month of July. If you have missed any of the new games then check out the list below. 1. Apollo 11 […]

There is nothing better than playing games with your friends and virtually being the same place with them. Putting your headsets on and talking to them and even forming groups and playing against other people is something which is going to be 1. Herobound: Gladiators Herobound gladiators is a multiplayer game where you team up […]