As we approach a more advanced entertainment industry, it is great that you invest in a headset right now. The Oculus Quest 2 and Vive Cosmos Elite are both amazing and are great choices.

The content that we watch is becoming more and more virtual. Meaning, we do not go out to see live shows hugely because of this ongoing pandemic and that we are all using devices.

Aside from that, entertainment is evolving and it is evolving fast. We no longer need to stay in one place and wait for our favorite shows as they are all available on streaming platforms.

The format that we got used to is no longer the trend and we have been evolving with our content. We can now access them anywhere and watch them in different modern ways.

Instead of watching like you are out of the picture, you can now see all your favorite videos and content as if you are in it. This is made possible by the virtual reality that has been developing.

For years, we have waited for the best content where we can see ourselves within the picture. Now, with just a few tweaks and upgrades, you can now watch your shows within the scene.

VR headsets are becoming more and more advanced as well, this is part of the adaptation. Companies have been competing and claiming that they have the best headsets available.

Oculus is a Facebook-owned and operated company which makes it one of the most well known VR companies. They have produced impressive VR headsets throughout the years.

Vive is a lign of headsets under HTC which is also a well-known company in the virtual reality industry. Now in this post, we will be comparing them to see which has a better headset.

Before You Purchase, Know Your Headset

While it is quite easy to choose your VR headset just by looking at the features, you might be getting into the wrong deal if you do not properly observe what kind of headset it actually is.

See, choosing an item before purchasing it involves a lot of personal preferences. That way, you will know if the headset fits your personality and if it is actually great for what you already have.

There are two major types of headsets VR headsets that are currently available in the market. One is called a tethered headset and the other is a standalone headset and there are major differences.

Tethered headsets are also called wired headsets. They need the power from a PC setup in order to supply enough energy into the headset itself and the functions and features within it.

Usually, to get all the power that it needs, they need to be connected via a cord. So you are basically limited by the length of the cord that is provided by the company for the headset.

Vive Cosmos Elite is the newest headset from Vive that is tethered. It is one of the few headsets under the Cosmos line where all headsets are tethered to a computer to power them.

Oculus Quest 2, on the other hand, is a more advanced headset when it comes to the type. It is a tethered headset which means that it gets power from the PC setup that you have.

However, you have the option to switch into a standalone headset with the Quest 2. This is made possible by the VR headset’s own operating system and features inside the mounted display.

When you think about purchasing a VR headset, perhaps the first thing that comes to mind is what kind of lens it has and how well it displays the images within the given lenses.

Well, in the following topics, we will be talking all about the screen display. First, we will see what kind of lens each VR headset uses and then into the details of the head-mounted display.

The first similarity between these two impressive VR headsets is that they have the same lens for the display. They both use LCD on each lens which is a great type of lens for a headset.

The Cosmos ELite has an amazing LCD that was improved by 88% compared to the original Vive headset. It creates impressive images with high attention to detail making it realistic.

Along with the already-impressive display, the company layered it with RGB making the colors crisp and detailed. This headset is perfect for games that require focus and attention.

As for the Oculus Quest 2, the company did not hold back as it made the same LCD and RGB display. However, there is a little bit of twist that makes their headset slightly better than Vive. 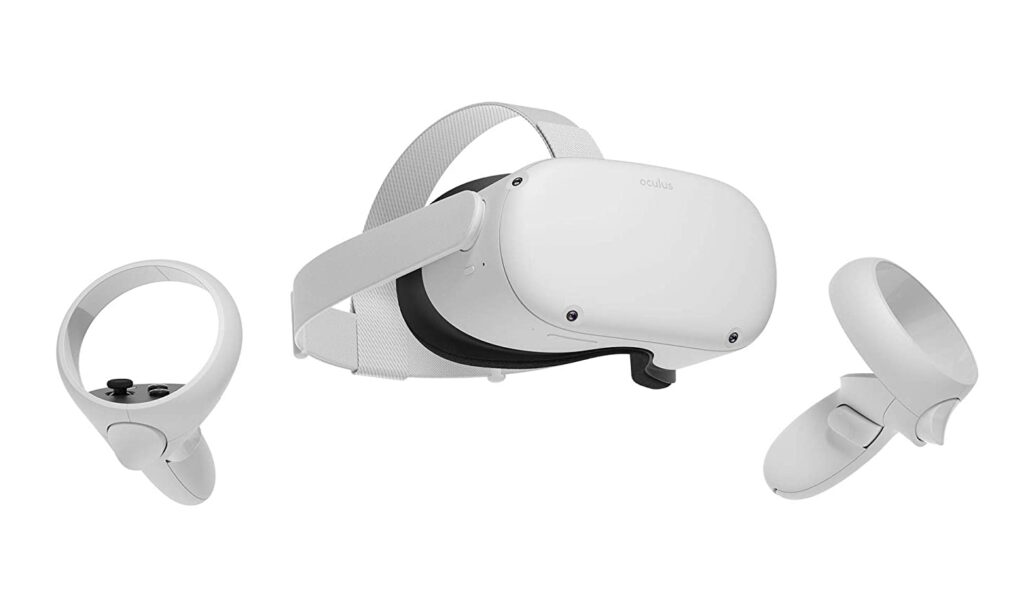 See, instead of relying on the pixels that were provided by the RGB and LCD on the display. They made strips of RGB background display in order to create smoother images.

This truly is a work of art as it is able to put up even the smallest display. Aside from that, it does not hold back on putting enough colors on the small details to keep the images as realistic as possible.

Oculus also used a single-panel, fast-switching screen on the display of the Quest 2. That means that no matter how long you use it, you will not get dizzy or nauseous with the headset.

The Vive Cosmos Elite also allows its users to play with the headset for long periods of time. The company has reduced the screen door effect of the headset which is really impressive.

You no longer see the spaces and black lines between pixels. The displays of these two headsets are as impressive as they can possibly get.

Now when it comes to the display, you cannot just stop on the type of lenses that were used. You have to see how dense or how clear they can actually put up as they have the same lenses.

The Vive Cosmos Elite has a slightly improved 1440 by 1700 pixels per-eye resolution. This is not the best but it certainly has the power to put up details even with the smallest of objects.

Along with that, the combination of a small screen and high-density resolution makes it perfect for the Cosmos Elite to put up detailed images. Plus the color combination is always on point. 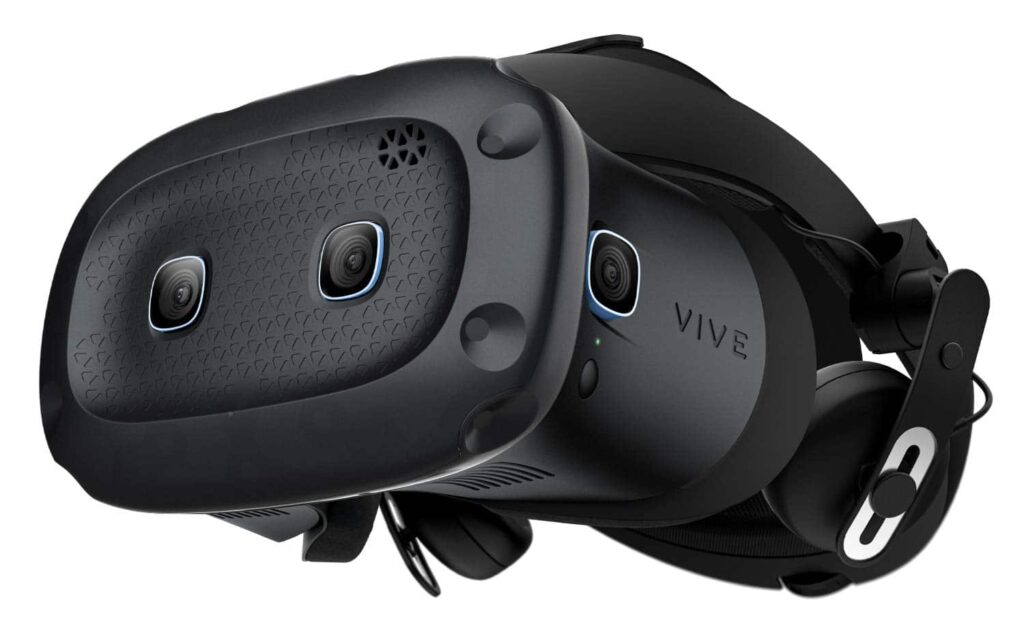 The Oculus Quest 2 is a great headset with an impressive resolution. It has 1920 by 1832 pixels on each lens. It is one of the most detailed and dense resolutions on any VR headset.

Some headset would need an upgrade or a feature that collects more power in order to achieve this kind of resolution. Oculus has found a way to keep this display consistent with no extra power.

A crisp and highly-detailed image is the least that you can expect from these VR headsets. With both high resolution and RGB combination, they can put up the most vibrant images ever.

When it comes to the display, you cannot just expect the headset to put up perfect images without moving. I mean, VR headsets were created so we can move our heads and bodies.

So with that, you need to buy the right headset that will actually make your experience as smooth and as detailed as possible. This is measured by the power from the refresh rate.

The Oculus Quest 2 has a refresh rate of 72Hz which means that the screen refreshes itself 72 times a second. That is a pretty impressive rate but it is actually considered low. 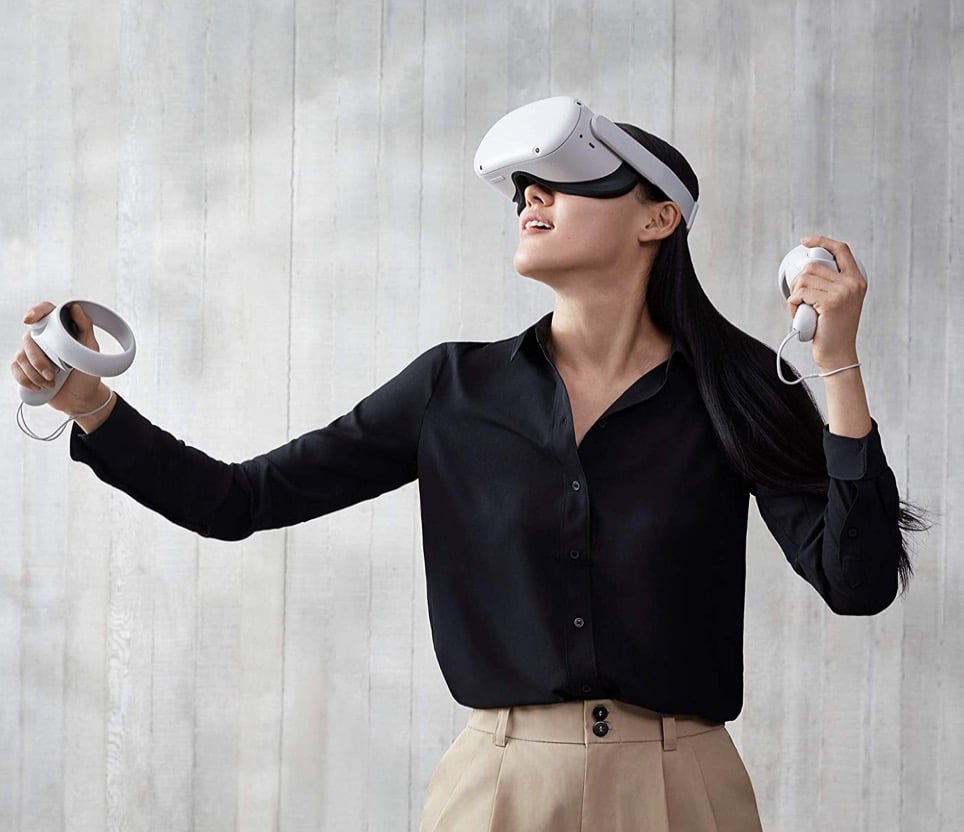 See, since Quest 2 has a lot of pixels to power, some of the energy is transferred to the resolution. That is why the refresh rate is pretty slow but then, it hardly lags in high-speed games.

The Vive Cosmos Elite has a slightly higher refresh rate of 80Hz. So when you play with this headset, you will be able to have a smooth gaming experience with no lags and buffers.

Now on this part, you will hardly see the need to know about the hardware of the Vive Cosmos Elite since it depends on the PC setup. So let us take a look at the Oculus Quest 2.

Since you can switch to a standalone headset with the Quest 2 headset, there needs to be something within the headset itself to power all the amazing features that we have talked about.

Usually, processors cost the same or sometimes even more than VR headsets themselves. So you cannot expect anything powerful in the Oculus Quest 2, right? Well. not quite.

The Oculus Quest 2 has a Snapdragon XR2 processor and it is the best processor that you can find in its price range. It is also powerful enough that the headset does not slow down.

This means that even if the processor is not the most powerful one, it is able to power the display, resolution, and refresh rate of the Oculus Quest 2 all at the same time with no lags.

Along with that, you can open multiple apps on the headset as it has an impressive 6GB RAM. playing one game can bore you so you can switch to another easily with this headset.

Aside from having powerful internal hardware, you can also store a lot of content in this VR headset. The memory has been improved to 128GB which can also be expanded up to 256GB.

==> Get the Best Deals on Oculus Quest 2

When it comes to the gaming setup, these headsets did not change much compared to their predecessors. They have the same rigs and trackers, although slightly improved.

The Oculus Quest 2 has the same controllers in terms of functionality but is redesigned. So when you are used to the original Quest, you will be able to adapt to the Quest 2 easily.

This goes the same with the Vive Cosmos Elite as it has the same trackers and controllers as the previous model. This means that there is nothing too fancy with their controllers.

Both of these headsets need mounted trackers in order to get the right position on the display. You will need at least a 6 feet by 6 feet area in order to set up the trackers around you.

This is better because mounted trackers are known to be more accurate than built-in headset cameras. The Oculus Quest 2 also has another backup to improve the sensors within it.

See, the mounted trackers of the Quest 2 are meant for tracking the position of the user. The cameras on the head-mounted display are for the controllers while it also has an internal sensor.

The internal sensors of the Quest 2 are meant for keeping track of the orientation of the user. This way, you will not lose balance when you are fully immersed in the game you are playing.

When it comes to VR headsets, you will need something comfortable so you can play in them for long periods of time. Both of these headsets have the same straps and adjustments.

The halo strap is responsible for keeping the headset from wobbling side to side. There is also the over-the-head strap which keeps the headset aligned to your face or eyes.

Both headsets have these straps but I find the Oculus Quest 2 better and more comfortable because of the extra paddings on the halo strap. You can play longer with this headset.

==> Get the Best Deals on HTC Vive Cosmos Elite

When you are trying to discover the world of virtual reality, you need to start with the basics. Although these two headsets are pretty advanced, they can also be great for beginners.

See, they have the same basic controllers while also putting up an impressive screen display. They are great for any game and they will actually make it look so much better.

So if you really want to go into the black hole that is virtual reality, these headsets from Oculus and HTC are the best options that you can choose from for a great and immersive VR experience.