The price point on both the headsets is really close. You get the Plus for an extra $150 than that of the Samsung Odyssey headset, so is this headset really worth the upgrade or are they almost the same?

Let’s get into a detailed discussion on how the two headsets are different from each other and which one is a better purchase decision than the other.

Design and Build Quality of the Odysseys

There are not so many differences in the design and appearance making both the headsets look almost identical unless you keep them side by side for comparison.

There might be a few changes in the position of different elements but overall both the headsets sport a very similar look. The headsets have a halo band that you can use to place the headset in place.

==> Check out the best deals on Samsung Odyssey+

The previous Samsung Odyssey had less room for your nose and somehow the deisng made it almost impossible for a few people to wear the headset for long periods of time.

The new Odyssey Plus comes with relatively more room and even if you are someone who did not like the fit of the previous Odyssey, you might end up liking this one. 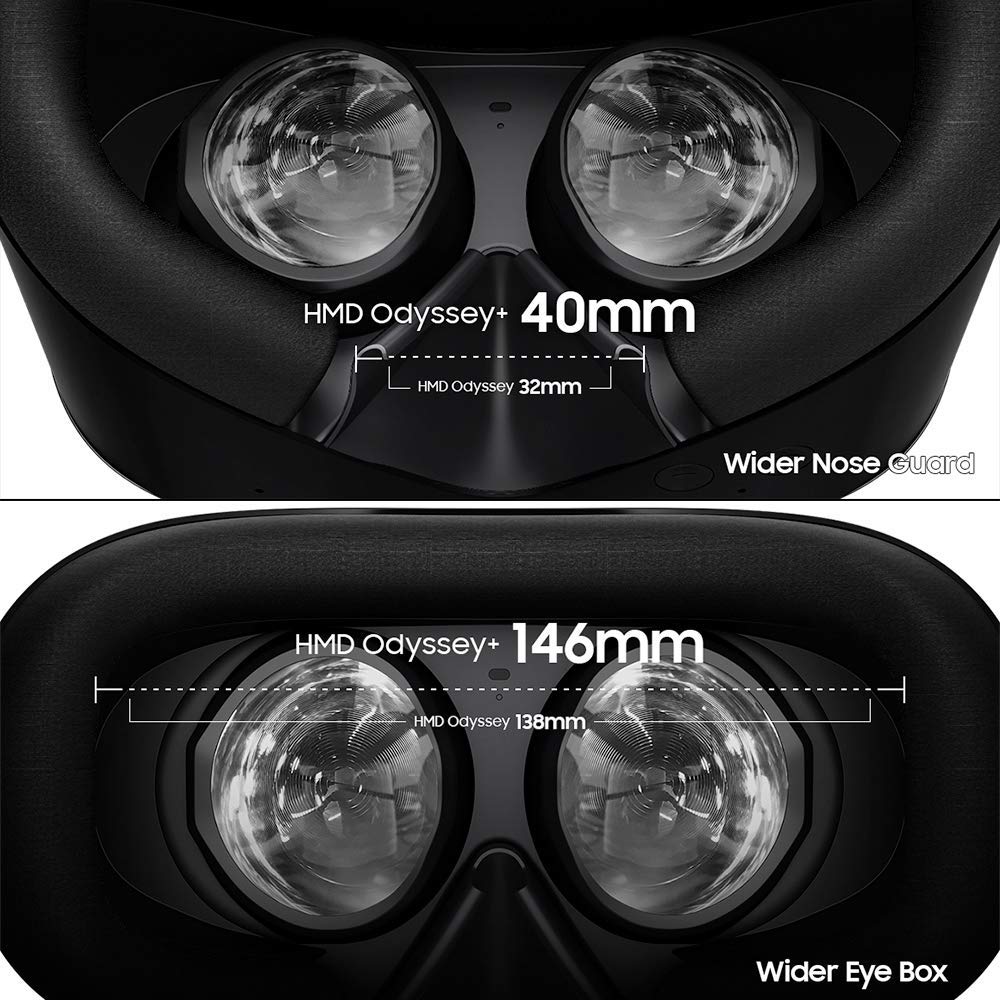 The headset comes with IPD adjusters and you can change the distance of the lenses from your eyes. This way you can place the lens according to your comfort.

I do not think the headset supports glasses as there is not a lot of room. However, it really depends on the shape of your face so you have to try out the headset to really know if it works for you or not.

The New Samsung Odyssey Plus comes with one of the major features renewed and that has to be reduced Screen Door effect.

You see almost zero screen door effect which was apparent otherwise in the previous model and is still apparent with other major headsets like the Vive. 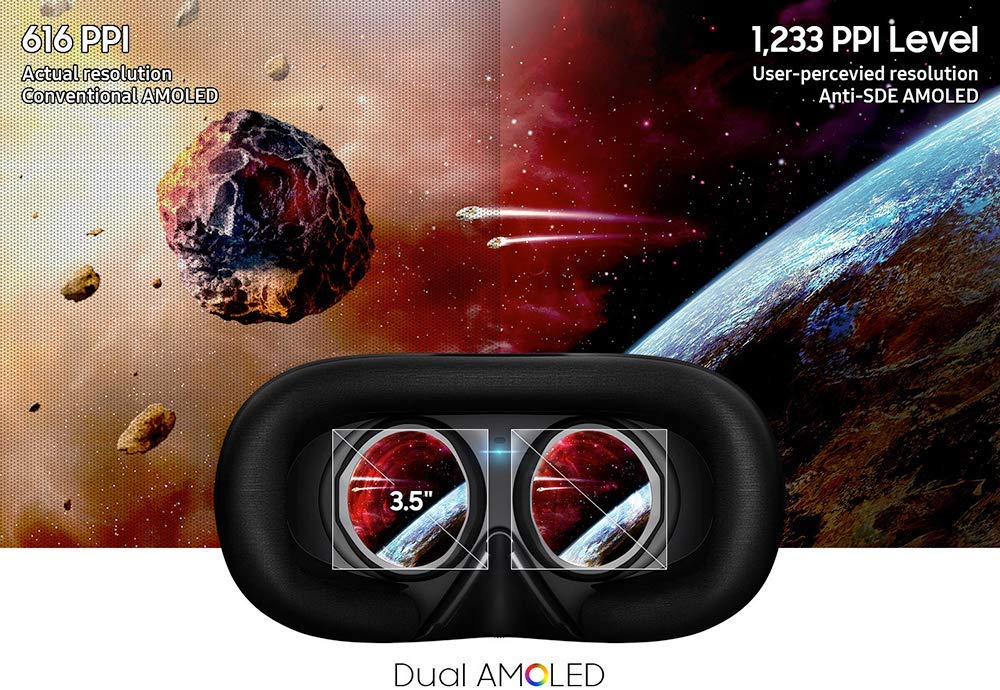 The image in VR is clearer and you feel like your VR experience with the headset is more immersive. Overall, the Samsung Odyssey Plus has improved the display and you can clearly tell so once you have worn the headset.

The refresh rate kind of decides if you are going to feel the motion sickness or not and in most cases you do not feel motion sick with the Samsung Odyssey.

The FOV of both the headsets is about 110 degrees which is pretty good as most of the headsets out there have a similar FOV. The only VR headset with some amazing FOV greater than this is the Pimax 8k.

==> Check out the best deals on Samsung Odyssey+

Otherwise, the Odyssey Plus is a pretty decent headset with an amazing FOV and refresh rate.

Both the headsets have inside out tracking which means that you do not need to set up any external sensors or cameras to track the controllers in VR.

The headset comes with cameras that track the position of the controllers while you are playing.

The two controllers that come with the Odyssey Plus are Bluetooth connected with the headset which just means you have fewer wires than the Odyssey.

The tracking with the Odyssey is pretty decent and not that great like it is in the case of the Rift S or the Vive.

I think this is somewhere that could use some improvement but you could still make it work and it is definitely not a deal-breaker.

Games on the Odyssey and Odyssey Plus

There is no difference when it comes to the games that you could play on both these headsets. The Samsung Odyssey platform does not have way too many games but what you could do is play games from other platforms.

One can easily play games from the Oculus Platform or SteamVR giving you a wide range of different games that you can choose from.

When it comes to games, you are going to have a lot of options as you can easily play games that you would on the Vive or the Rift S.

The Vive alone has so many VR games that you would not be able to exhaust all of them in this lifetime, so if you are going for any of the headsets, you are going to have a lot of options.

Coming to the quality of gameplay- the anti-SDE on the lenses in the Odyssey Plus gives you a very clear visual making the experience even better than the ones on the Vive and Vive Pro.

Both the headsets are almost similar just that you have the Odyssey Plus come with a few extra improvements and the main ones have to be the more room for the nose and the anti-SDE on the lenses.

This makes your entire experience with the Samsung Odyssey Plus better than with its predecessor. In my opinion, the Plus is a better investment and if you are thinking of getting one of these headsets then I would recommend the Plus.

In the end, it all comes down to your comfort, especially while you are wearing the headset and the Samsung Odyssey Plus definitely has a better fit.

There are people who still do not find the fit perfect for their faces and that could be possible.

So check out both the headsets and let us know what are your thoughts in the comments below!