The Noon VR headset has a revamped version as well which is the Noon VR plus Headset. Is this headset in any way better than the previous one, well it does look better with the new Remote feature but does it really make a difference?

Let’s find out in the detailed Noon VR review and know more about the new Noon VR Plus headset.

Unboxing of the Noon VR Plus

Apart from the difference in the color, the headset design looks pretty much the same as the previous VR headset. The entire VR headset being black will avoid any reflection from the white surface inside the VR headset which can be a positive point for the Noon VR plus against the older Noon VR headset. 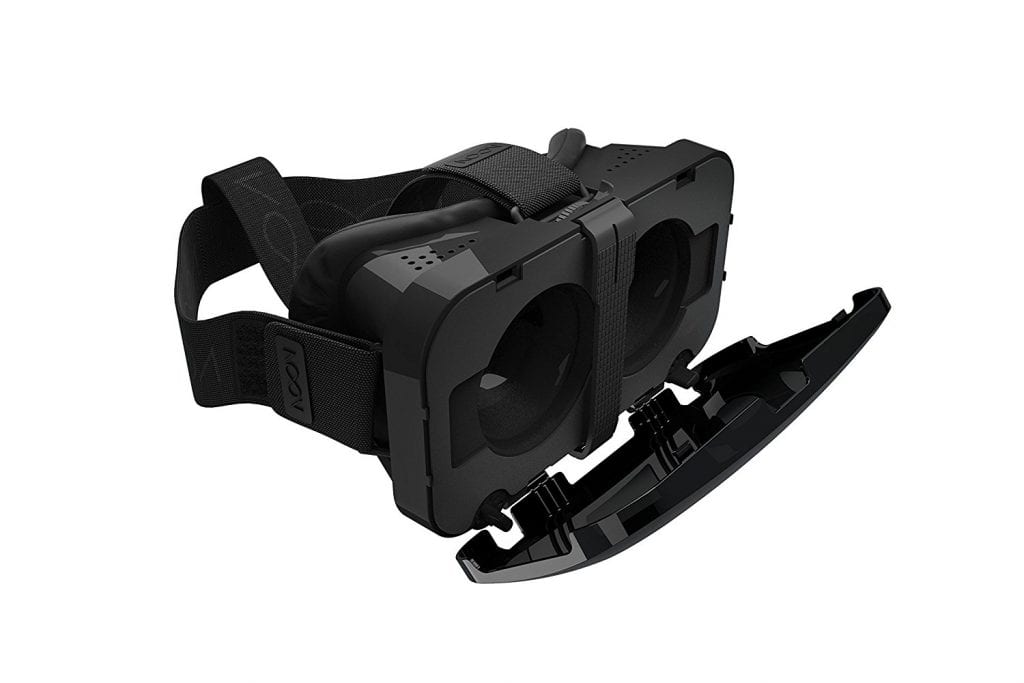 1. The design is pretty elegant and it resembles the new version of the Gear VR. They have indeed made a few changes which are an advantage over the previous version of the Noon VR headset.

2. There is a focus dial on the top of the VR headset which can be used to adjust the lenses according to your needs and it helps to focus on the image to have a better VR experience and avoid seeing any double images.

3. The foam padding on the circumference of the VR headset is extremely comfortable and it avoids light leakage at all costs. It has vents for ventilation when your phone heats up due to hours of gaming. Although there are a few hacks which you could use to get over the overheating issues of the phone while using a VR headset.

4. Unlike the other VR headsets in its range it doesn’t have touch controllers and rather you can select an option with your head movements or staring at a particular icon and tapping on the front of the headset to reorient the screen. This feature is same as the previous Noon VR headset and it is definitely something that makes the entire VR experience with the Noon VR a lot more immersive. 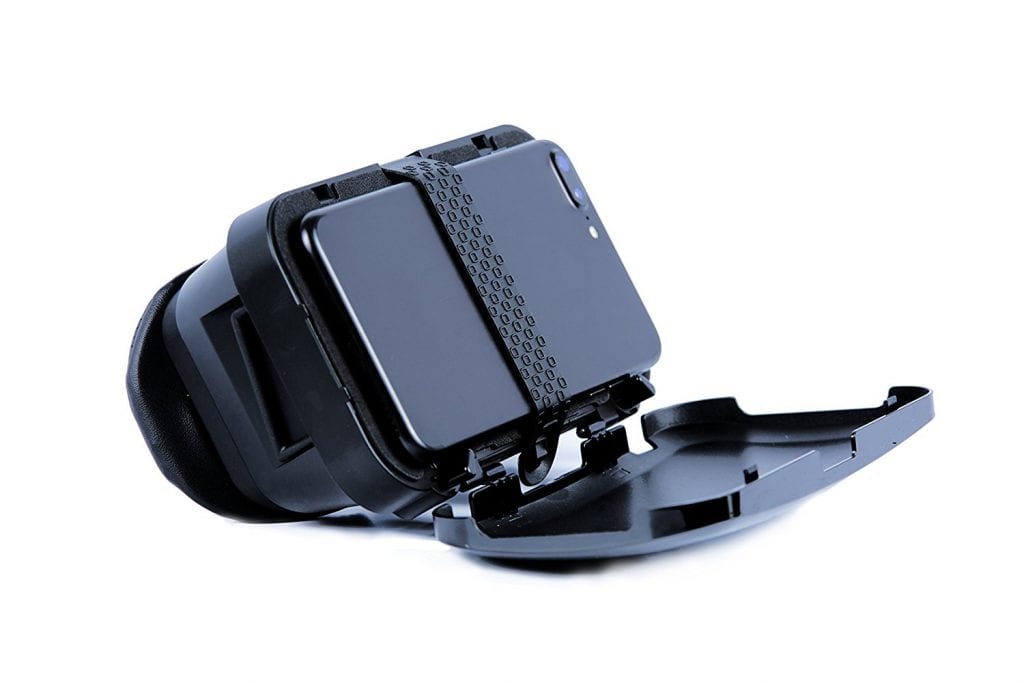 5. It can support both Android and iOS phones having the phone screen sizes between 4.7- 6 inches which make the VR headset compatible with almost any phone that has the required screen size and a gyroscope.

6. The way the phone is held in the headset remains similar to the previous Noon VR headset which had a black strap holding the phone at the front of the VR headset.

What I STILL do not like about the headset

1. There was a lot of complaining about content on this VR headset and that is the reason the company has come with a  new hack in the new Noon VR plus where they have introduced the remote feature which would be discussed under a separate heading in this post.

2. You still may want to use a physical controller for a few games. Although there are a few games compatible with the software where all you need to do is move your head to navigate and look at a particular point to shoot but in order to have fun with the other games in VR you just need a controller.

I guess Noon VR got really serious about the complaints that many people had about lacking content and that is the reason they have introduced the new remote feature that will help you stream anything on from your desktop to your phone and view it in virtual reality.

Although this feature is pretty cool for experiences but I remember the same feature in the Homido VR headset being a total bummer when it comes to gaming because there is a lot of lag and other issues that make the VR headset no good with the feature as well. However, Noon VR might be a little different but I really doubt that!

Most probably it is not going to be as exciting as it sounds but yes if you still consider using the content that is available for the Google Cardboard headset then this VR headset is pretty good. The VR headset does have an amazing quality and FOV. The content cannot be as good as on the Gear VR or the Google Daydream VR but considering the quality of the other VR headsets in the market, it is pretty great in comparison.

The Noon VR plus is better than the previous Noon VR headset although they aren’t very different from each other. I think that they could have worked on getting their own content and fixing the issues that they had previously than adding new features which would cover up those issues. 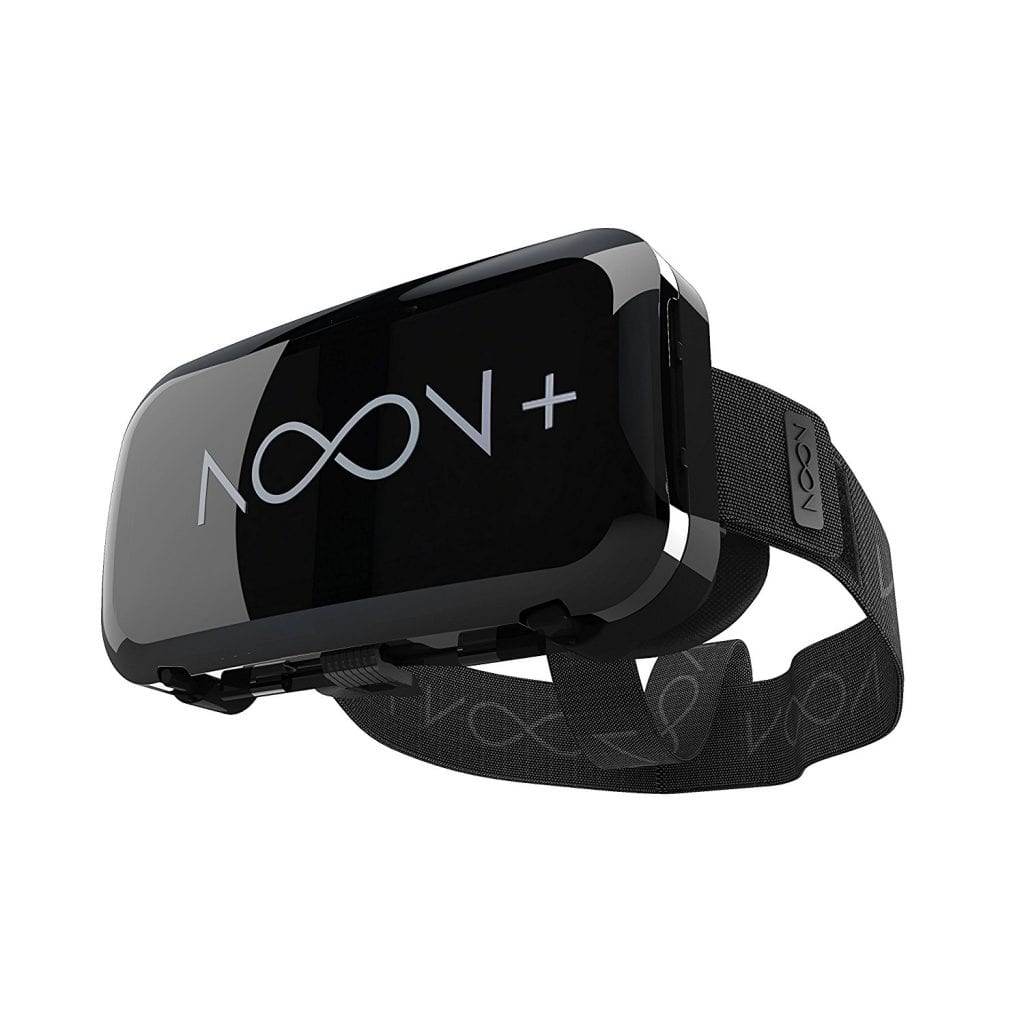 Apart from the nagging about the content, if you have any other issues with the navigation then you might have to end up using your Bluetooth controller. This might look like a negative but to get a Bluetooth controller really helps when it comes to gaming in VR.

If you compare the Noon VR with the Daydream and the Gear VR, then there is still a lot of improvements that needs to be added to this VR headset but considering a current lot of VR headsets, this one definitely does pretty well.

Apart from the Noon VR headset, there have been the revamped version of Homido which we have seen this year and that looks like a pretty promising VR headset as well.

Will I buy the Noon VR

Well, maybe. Considering the price of the Noon VR, I think it is a good buy for a premium VR headset. There are other VR headsets within the same range that work well and one of them being the Merge VR headset.

The Noon VR Plus headset does have minor setbacks but it is still way ahead of other useless VR headsets in the market and would be one of the best premium VR headsets that you could possibly get in that price range.

If you want to give the Noon VR plus a try then check out the product on Amazon. In the case you have any further questions, leave them in the comment section below and I would be happy to help.

Did it help you?

Let us know your opinion in the comments sections below!