LA Noire, one of the Rockstar production games is soon coming to the Vive. The LA Noire: VR Case files is going to be released on the HTC Vive this November 14, 2017. The game is pretty exciting for all the gamers who love the detective game genre and have played the previously released games […] 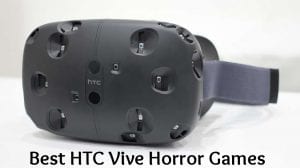 Horror games in VR is an extremely difficult challenge to undergo. It gets difficult when you are actually in the horror game which is exactly why we love the VR world because it takes you inside the game letting you have first-hand experiences but when it comes to a horror game, I guess I shall pass […]