Xiaomi has been one of the latecomers in VR and with the new Xiaomi MI VR Play 2 headset which is cheaper and a better version of the previous edition, there is a lot to expect. The previous two VR headsets reviewed where one of the Xiaomi VR headsets had a remote controller and the other one which was an alternative to Google Cardboard was of average quality and they had nothing exceptionally good.

Is the Xiaomi MI VR Play 2 the same or is it better than the previous VR headsets? Without wasting any time let’s get cracking with the review.

Compatible: Mobile Phone of any screen size would be fine, but mobile from 4.7-5.7 inches with a screen resolution of up to 1080P are most recommended

1. The VR headset is light and has a single strap which makes it look pretty similar to the Daydream VR without a remote. The headset is pretty light in weight although there can be quite some comfort issues.

2.  You can easily insert your phone inside the VR headset and it has a clip that holds your phone firmly and this is definitely important because you do not want your phone to be falling off your VR headset.

3. The VR headset a button on top which works fine when it comes to selecting apps and other options, however, there is no focus adjusters so you might want to wear your corrective glasses while using this headset else you would not be able to get an immersive VR experience.

4. Unlike the previous VR headset from Xiaomi, this one has a lot of nose room and is relatively comfortable to wear. Since it has a single strap there is a relatively larger weight distribution on the nose that might make you feel a little uneasy after using it for a while. 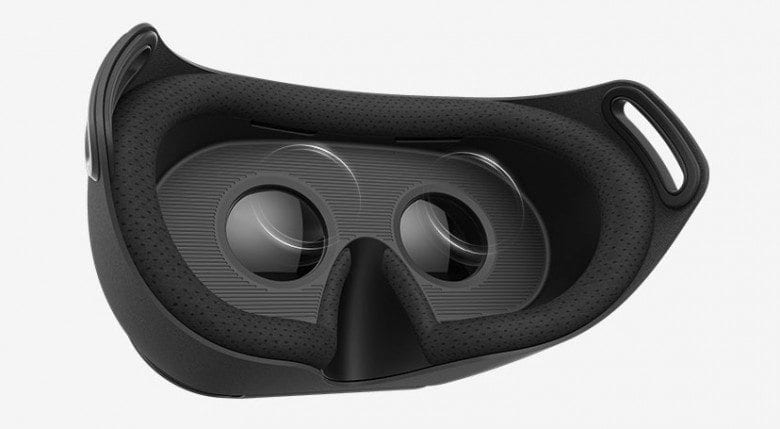 5. The VR headset resembles a bit like the previous version but looks much better. Although it looks sleek and nice, there are a lot of things that are annoying about this headset so head over to the things I do not like about this VR headset.

6. The FOV promised is 93 degrees but in reality, it is quite less than that, the FOV in the previous Xiaomi VR headset was much better and it is really disappointing that the FOV here is not as great as the previous version.

7. The VR headset is compatible with all phones which is an advantage in comparison to the previous VR headset whose use was limited to only a few couple of phones from Xiaomi.

1. The VR headset does not sit properly since it just has a single strap. They should have had another one to place it over the head so that the VR headset would remain firmly seated in its place during games and other VR experiences.

2. I thought it was just me but after seeing a couple to reviews and comments I found out that the build quality of the straps of the VR headset is poor. It does last long and comes out really quickly which makes this a major setback for the VR headset.

3. The VR headset should have included the focus dial because the images appear blurry and it is baffling that we are seeing this problem after the company has previously released two VR headsets.

4. The entire VR headset is annoying to wear and it apparently feels like a cheap Chinese VR headset when used. It is pretty annoying and definitely not a VR headset that I would recommend to my readers.

Overall, the Xiaomi MI VR play 2 was a disappointment and it could have been way better than what it is now. There are a few things which are really common to the premium VR headsets and that was just not seen in the case of this VR headset. It is really shocking that even after being late to the party, they did not have time to get the small features right.

The other VR headsets now look like a much better investment that the Xiaomi VR headset and instead of investing in something not as good as this VR headset. If you want a premium VR headset which would be ideal for long gaming sessions then you must check out the Merge VR or the Gear VR.

The Gear VR is obviously my first recommendation for someone who has a compatible Samsung phone. Invest in a good quality VR headset because the last thing you want is a blurry mess in VR and you really feel the pain while watching adult content or playing some really great games like the Dreadhalls.

There are various other VR headsets as well that you could check out like the Homido V2 and the Noon VR plus but in my opinion the Merge VR has the best price feature balance and it will give you the best VR experience. Another thing I like about the headset is that it comes with a 30-day money back guarantee and a year’s warranty when you buy from their official site. So, go ahead and look at the other options rather than fidgeting over the Mi VR headset.

In the case, you still want to have a look at the sad Xiaomi VR headset then knock yourself out!

=>Check out the Xiaomi Mi VR Play
2
[table id=1 /]
If you have any questions or comments leave them in the comment section below and I would be happy to help.