Oculus Rift and the PlayStation VR review have been pretty outdated and this comparison post should serve as a review to both these VR headsets along with outlining a few major differences between the two. There were comparison posts earlier but they were all on smartphone VR headsets. This post is all about the Oculus […]

The Xiaomi VR headset(toy edition) was the one which had created a lot of buzz since it was cheap and looked like a better yet similar version of the Google Cardboard. The new Xiaomi VR headset looks a bit like the PlayStation VR and has the functionality of the Gear VR so yeah, I guess […]

Xiaomi has been one of the latecomers in VR and with the new Xiaomi MI VR Play 2 headset which is cheaper and a better version of the previous edition, there is a lot to expect. The previous two VR headsets reviewed where one of the Xiaomi VR headsets had a remote controller and the […] 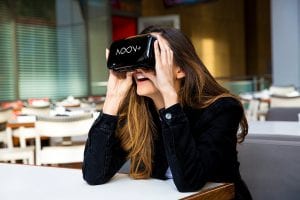 The Noon VR headset has a revamped version as well which is the Noon VR plus Headset. Is this headset in any way better than the previous one, well it does look better with the new Remote feature but does it really make a difference? Let’s find out in the detailed Noon VR review and […]