Custom Order Maid 2 is the new version of its predecessor and it packs a lot of features that the first one lacked. It has more audience now since it was launched with an English version.

These series of games combine a lot of features in a single gaming experience. For example, there are the graphics, character creation, story, and of course, sexual intercourse.

Well, if you want a sex-only game, then you can surely find one on the internet. There are some that we like Virt-a-mate, Honey Select, She is a Sexaroid, VR Konojo, Fallen Doll, etc.

However, if you like a little teasing and a story, then the Custom Order Maid 2 is a great game for you.

Here, you will see whatever it is you need to know about this game.

The Custom Order Maid 2 has a weird start that most users would deem inappropriate, but then, it will not be a surprise since the developers have been subject to that. 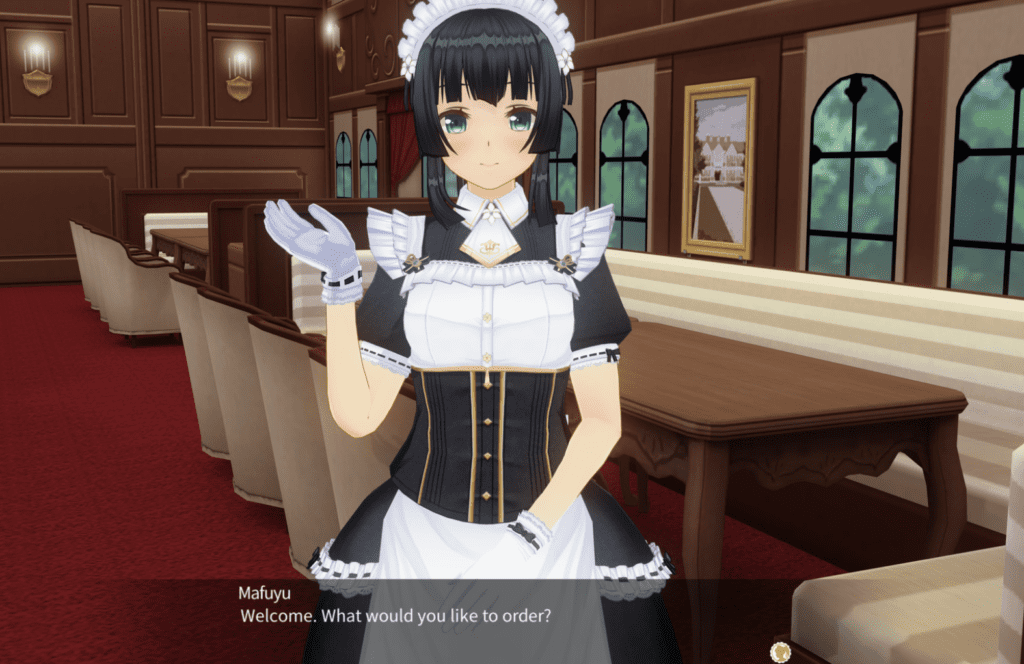 This theme is a little more subtle so there is no need for a trigger warning here. The game starts with a system question that asks you if you want an NTR or Netorare.

This is still considered taboo for some so if you are uncomfortable about it, then you can easily select the setting that disables these features.

So for those who do not know, NTR is basically a game with the element of infidelity. This means that aside from the protagonist, we see someone else having sex with the girl (usually).

So if you are into that kind of stuff, then you can select the feature. Some people just consider this as some sort of a different angle of perspective to make the scene feel a little lighter.

This way, you will get better spatial recognition and be as immersive as it can be with the game. Custom Order Maid 2 has a feature that allows you to what your representation will look like

A lot of players really do not care about how they look in the game. Besides, they are just silhouettes and it is not like there is much that you can do.

However, this game considers a lot of detail and puts them in (virtual) reality for the players to get a more immersive experience. You can edit the head style, weight, opacity, as well as the color.

So apparently, the Custom Order Maid 2 stuck to the script of the first version. The stories only have one difference that is, the second one has an English narration.

The first appears to be the player and his uncle going for a drive. The uncle then brings the player to a large hotel called the Empire Club. 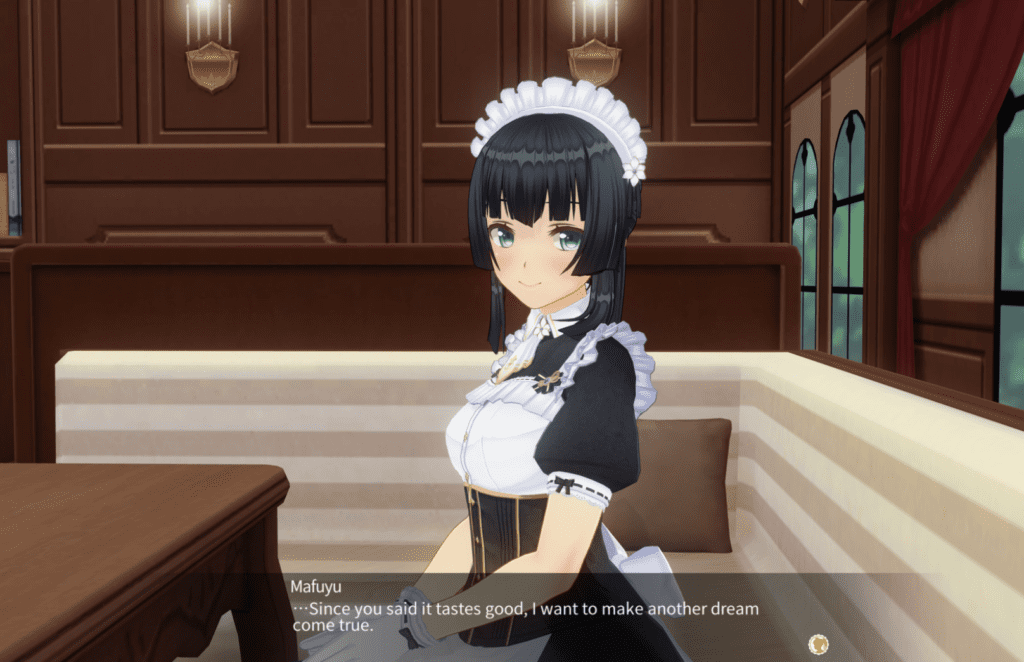 He then introduces you a little bit to the place itself and leaves you alone to take charge of running the hotel. He goes off and goes on a vacation without clear dates on when he is coming back.

Not too long into the game and you find out that your uncle left the hotel to you because it is going bankrupt. So now, you get all the pressure to keep the hotel alive and running.

Although not to worry, there are still a few maids left in the hotel and they will guide you in restoring the old liveliness of the place and more – you know what I mean.

Since the Empire Club is left in a really bad place, there are investors that are willing to invest in the hotel but they should be paid with a little more than money.

In short, the funds will be given as long as the investors are satisfied with the quality of service that the Empire Club will give after they have given the money.

So your overall job is to renovate the place. You know, you can move the furniture, set additional spaces, fill up the club with maids, everything to impress the investors.

Hence, you need to control the maids and train them. You can give them qualities that you think the investors, as well as the customers, will love to make the hotel succeed.

The “Custom” in the Game

Since you are in charge, the maids will present themselves to you. See, this big hotel has three loyal maids that stayed to work in it despite its downfall.

These three maids have different personalities so you will notice the versatility of the editing phase in the game. One maid is young and innocent, the other is serious, and the third one is mature and loving.

From there, you can edit the maids and make them appear whatever you would like them to show up in to make the investors and the customers happy.

You get to choose between the type of the face, eye shape, the makeup, the hair color, accessories like headbands, dress, and more. You can even add fangs in her mouth.

But the most important thing is to make them attractive for the customers to come (double meaning, if you may). That is why you can adjust the size of the body.

Make the boobs bigger as well as the butts with just a slide to the right. The controls are pretty straightforward and you can follow them easily.

The bummer is that you will not see the entirety of their privates as it is pixelated. Yes, the developers are from Japan so they have to obey the law and blur out the private part.

This restriction was pretty expected since the game is from Japan and they ban that sort of thing. But the English version was the same so you really cannot choose between COM 2 or the first one in terms of this since they are pretty much the same.

Since you can move the camera around, you will see how mediocre the animation and graphics are in this game. We know that mediocre is an underwhelming word but it is for the better.

See, most games focus mostly on their graphics and designs but the truth is, they end up with no other form of creativity on the other aspects of the game. 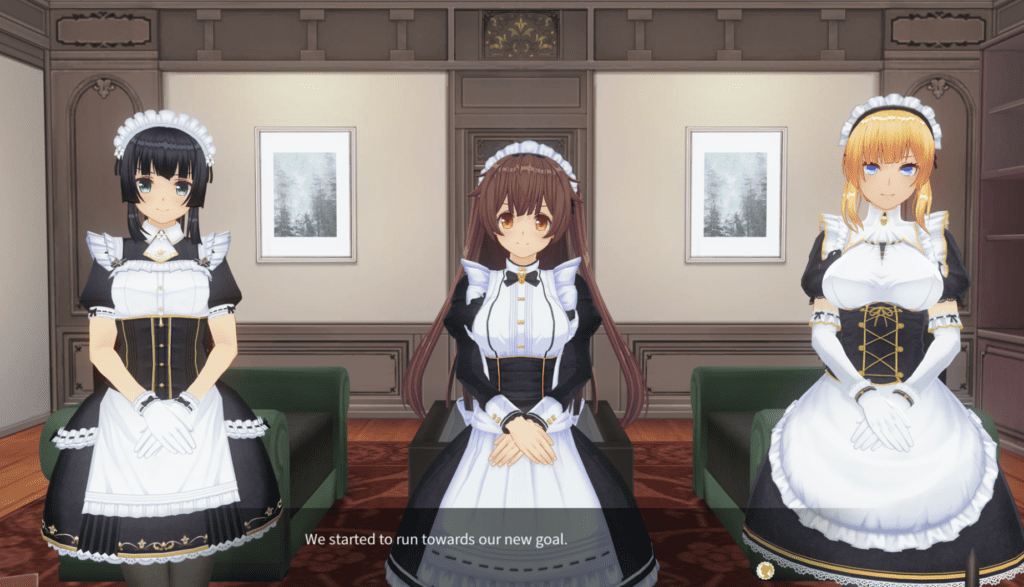 The Custom Order Maid 2 has a great graphic. It is enough for solo entertainment. In fact, the graphics are so nice, especially on the body of the maids.

The animation is also good and it can match most movements that other games make. The fluidity of the movements can be observed when the boobs are jiggling when touched.

The creative side of the Custom Order Maid 2 does not stick to the characters alone. See, you can create your own room in the hotel and customize it to the liking of the customers.

You can create any furniture, any wall, any type of surrounding that you want in your room. This gives you more freedom for your creative side to be stimulated.

Not only does this make the game more challenging, but it also removes the possible boredom that you might get when the job is just going in a circle.

Keeping yourself busy in rebuilding the Empire Club, you also get the bonus of having sex with the cutest maids in the world so what are you waiting for?

Get this game and let us know what you think!