Microsoft had set some pretty standard hardware specifications that had to be met by all the Mixed Reality Headsets and Asus did a pretty good job at meeting all the set requirements and it has even overachieved in a few features.

The Asus VR headset is definitely a bit different when it comes to hardware designs and other options, so if you are wondering if the Mixed Reality headset is worth the buy then do read this detailed post where we would discuss every feature on this headset.

The headset is made up of plastic and would not give away a premium look like the Oculus Rift or the Vive. However, the overall look of the headset is much better than the other headsets in the Mixed Reality realm.

The Asus headset has a flip visor like the Acer Mixed reality headset, so you do not need to remove the entire headset if you want to grab your water bottle or just check on your messages. 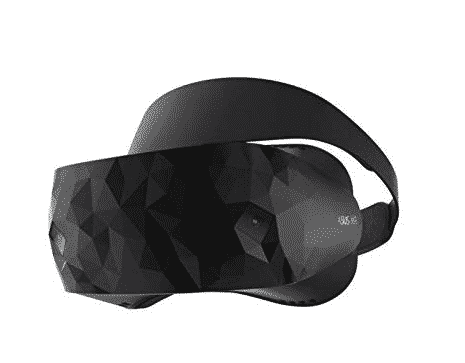 There might be a little light leakage from around the corners of the headset and if you wear your glasses with the Mixed Reality headset then you might actually have more light leakage which would just make the entire VR experience not so immersive.

A major downside of the design of this VR headset is that you cannot set the IPD, this is pretty annoying for someone who might have a wide IPD or for someone who uses corrective lenses.

The colors feel deeper and lifelike in the AMOLED display making the entire experience immersive. However, even with the sharp images, the Asus headset has done a pretty good job with the display.

You do feel at times that the padding could have been better on the headset. The Lenovo Mixed Reality headset has done some amazing job when it comes to padding the headset in order to make the whole experience comfortable.

Asus falls short in this aspect and more cushioning could have made wearing the headset comfortable.

The refresh rate is about 90 Hz which is something similar to that offered by the Dell Mixed Reality headset, Acer MR headset, and the Lenovo headset.

The FOV is 95 degrees like the HP Mixed Reality headset and it is slightly less in comparison to the Lenovo or the Dell headsets.

The sides of the images get a little blurry which, to be honest, is not that great and if you are looking for an immersive experience.

There are some light leakage and some blurriness which was kind of off-putting especially if you have used the other Mixed Reality Headsets.

The controllers felt a bit tacky and not that great to use. Well, you can get used to it but overall we were not that impressed with the look and the feel of the controllers. 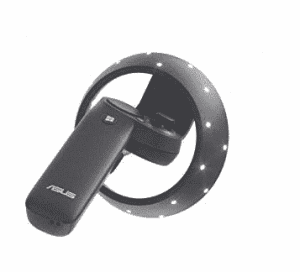 The headset does not use camera or sensors for tracking which makes the entire setup process so much easier than it used to be. Overall, the setting up and everything is better than the Rift and the Vive but nothing can beat the intuitive controllers and room scale tracking of the HTC Vive.

Overall the controllers are okay while gaming and if you are into FPS games then these controllers might probably be the best match for the headset.

But, Asus could have definitely done a better job when it comes to making the experience more intuitive with the controllers.

Overall, there is definitely a lot more than you would get with the Asus Mixed Reality headset and you can expect to have a lot more fun using the Mixed Reality feature offered by Microsoft.

For the price point, you get this headset, I think it would be better to invest on the Samsung Odyssey or if you want to go all out then you can even invest on the HTC Vive.

Overall, the price point of the headset does not make any sense as you can get way better Mixed Reality headsets at a better price point.

On top of everything, you even have inbuilt headphones on the Samsung Odyssey which makes it a pretty impressive option.

Would you get the Asus Mixed Reality headset for yourself? Let us know your thoughts in the comments down below!